Sergio García, who finished second at the recent Malaysian Grand Prix, ended the season with his first World Championship victory. It came at his home Grand Prix.

García took the win with an advantage of just 5 thousandths of a second over his closest rival.

Alonso López made a good start and was climbing up through the Top 10, when he was caught up in a crash for a rider in front of him and was taken down. 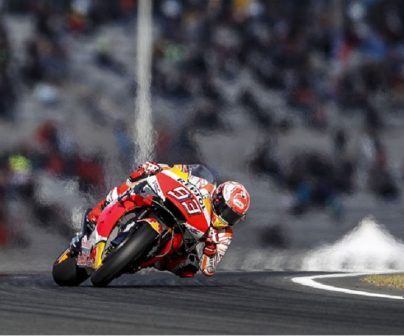 Winning, and especially doing it at home, is a feeling that cannot be described. It was a very closely contested race. The stoppage and restart hindered us a little, because the wind was rising more and more, but the bike worked very well throughout the race and I gave everything I had until the end. The last lap was incredible, as I pushed my hardest on each corner to defend my position and be able to overtake Migno at the end. On the final descent I saw that I had a chance at victory, and I took it. I want to thank everyone who has supported me, my family and my team.