Marc Márquez showed once again that the American track is one of his favourites. Starting from third, he led the fifteenth round of the season from start to finish, establishing an advantage of more than four seconds over the second placed rider.

Marquez earned his second victory of the season and his third podium, enabling Repsol Honda to celebrate the 450th podium in their history.

Pol Espargaró managed to finish among the Top 10. The Repsol Honda Team rider started from thirteenth position on the grid and, after maintaining a consistent pace for 20 laps, he crossed the finish line tenth and scored six points.

After the Grand Prix of the Americas, Márquez occupies seventh position in the overall standings with a total of 117 points. Espargaró is fifteenth with 70. 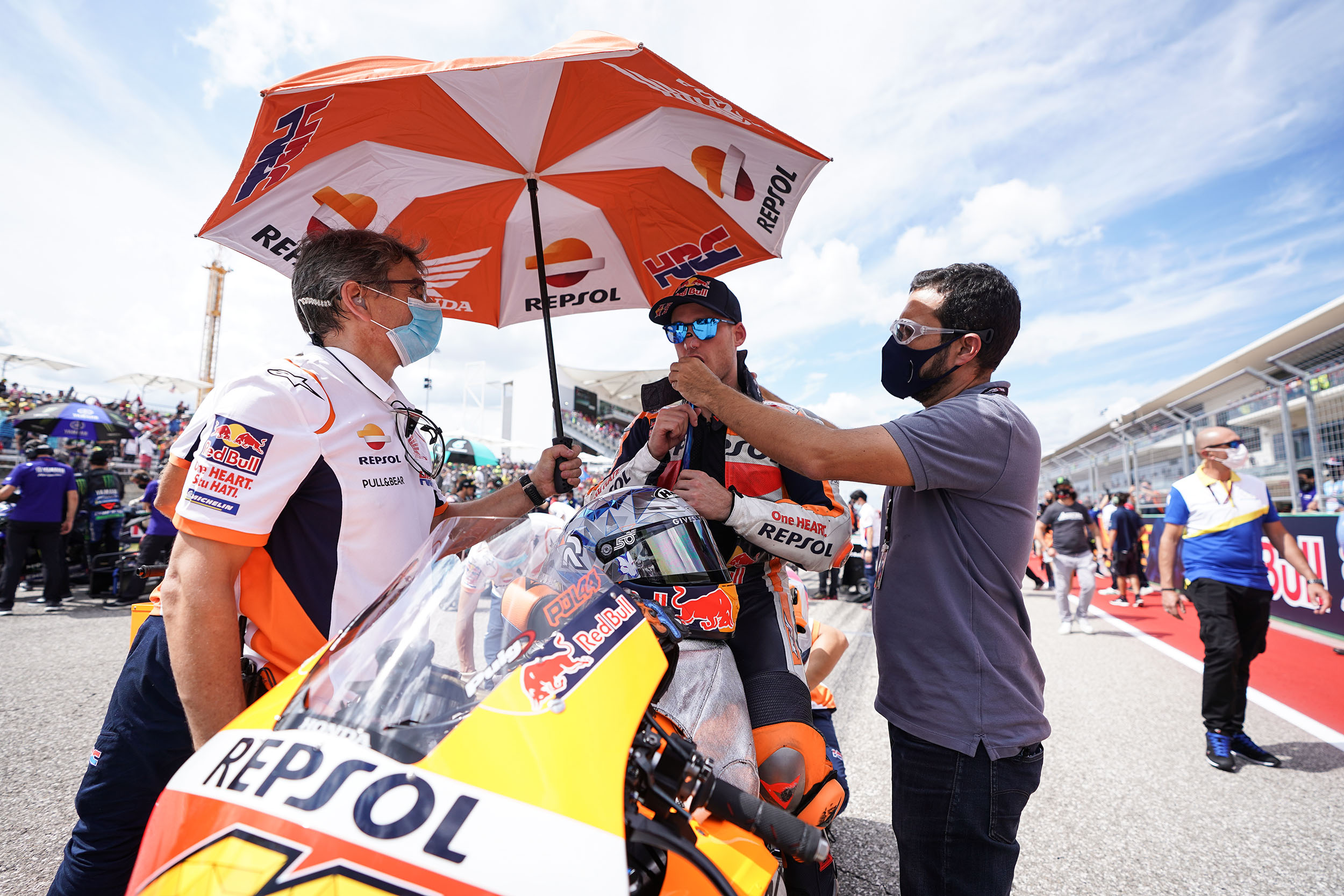 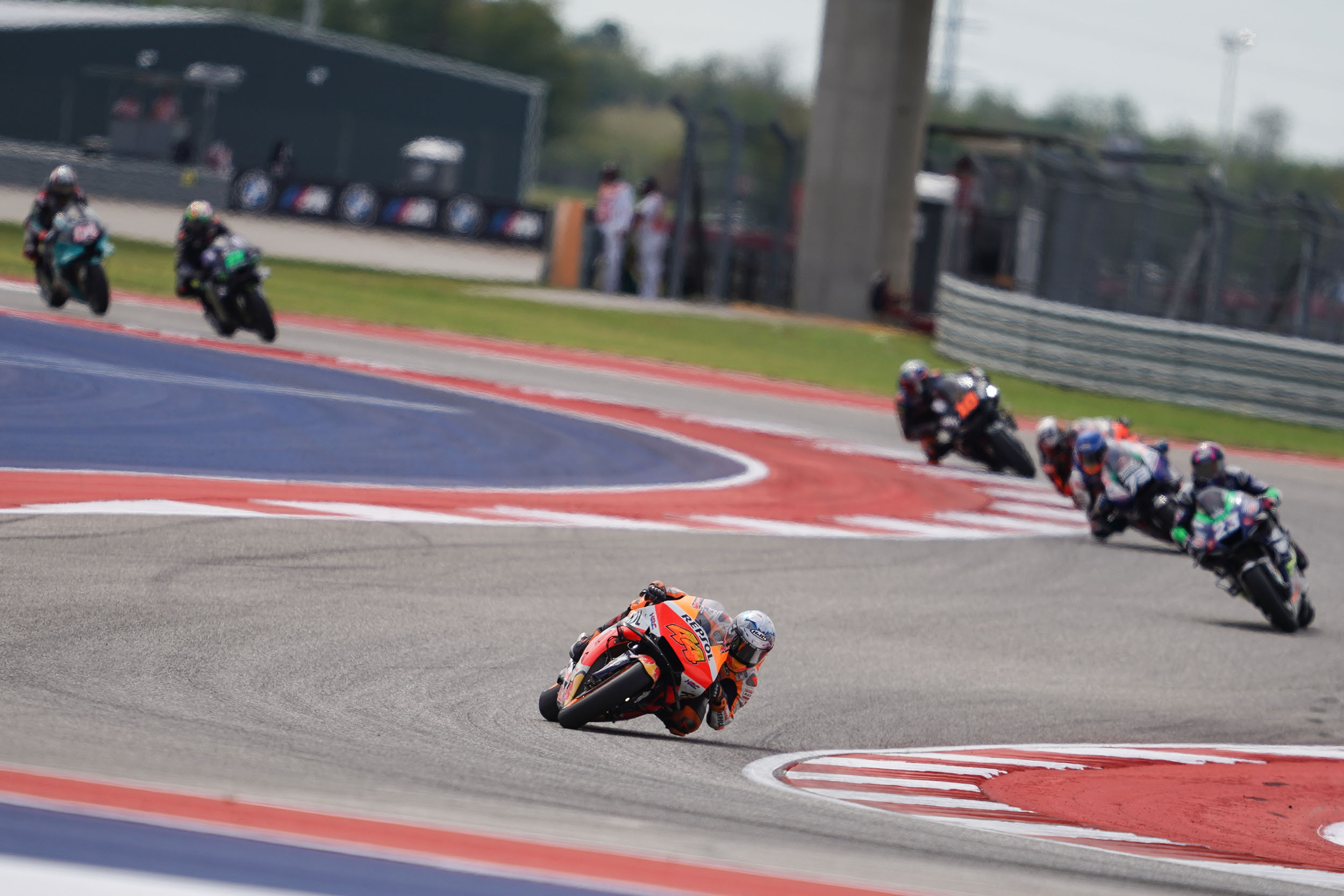 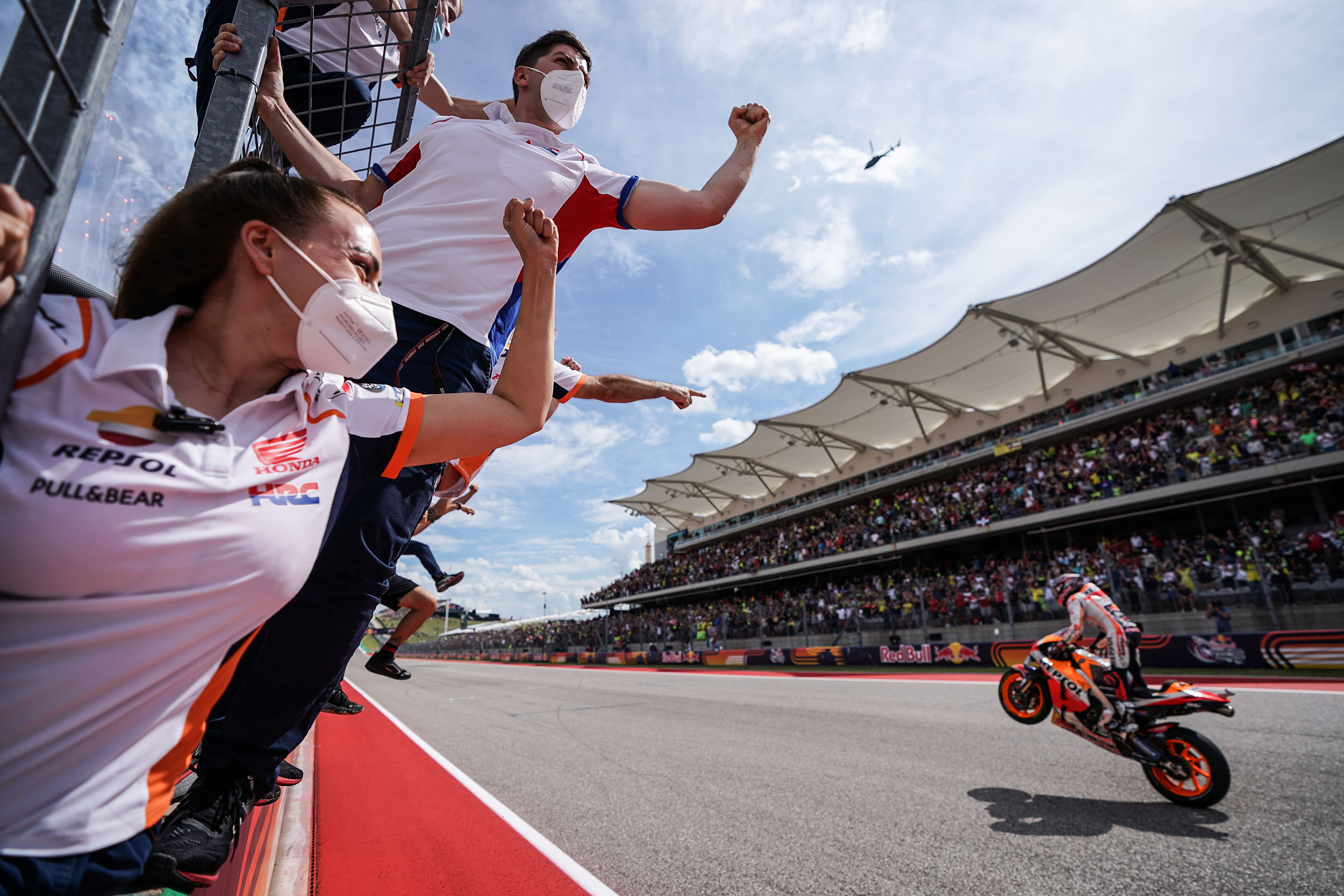 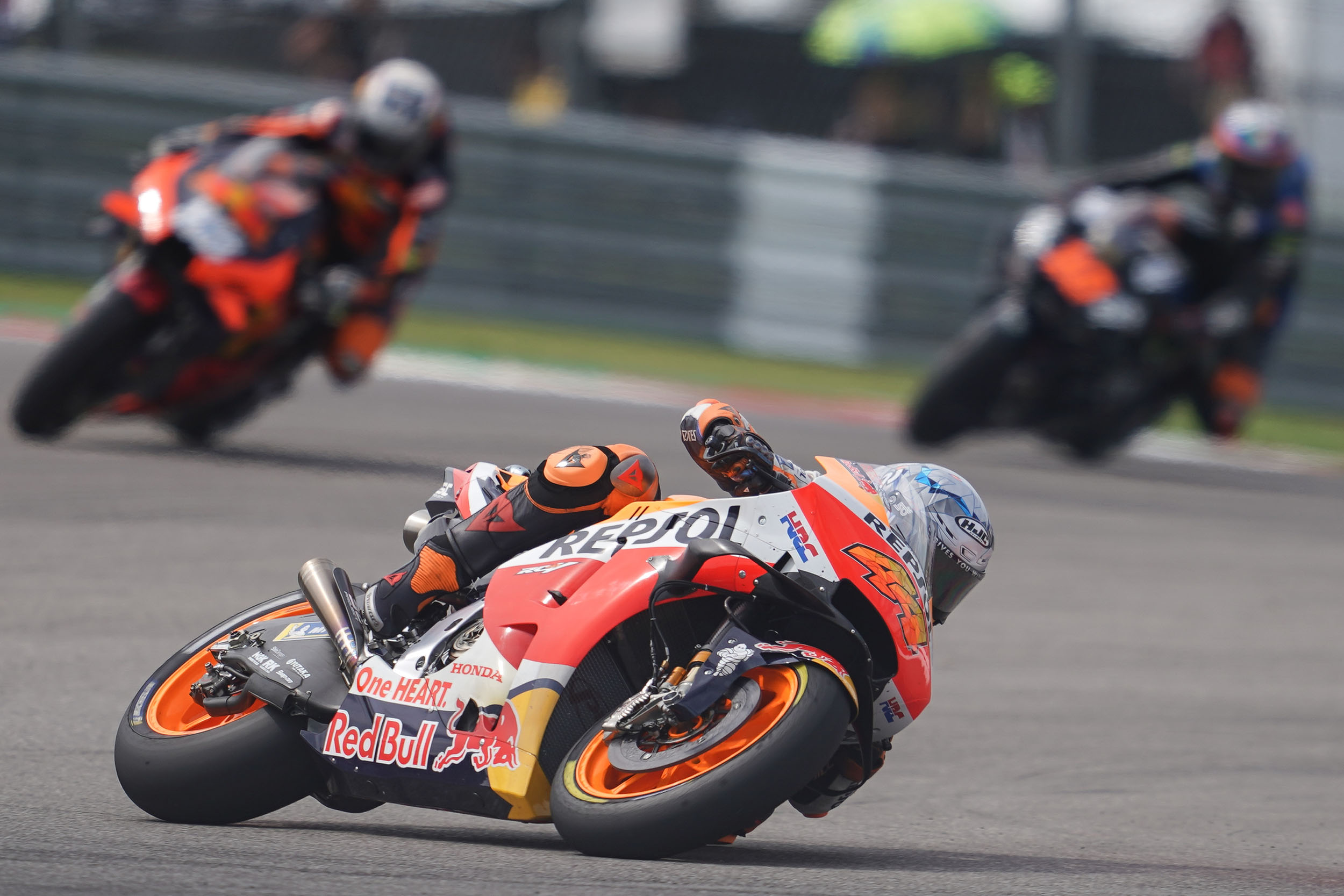 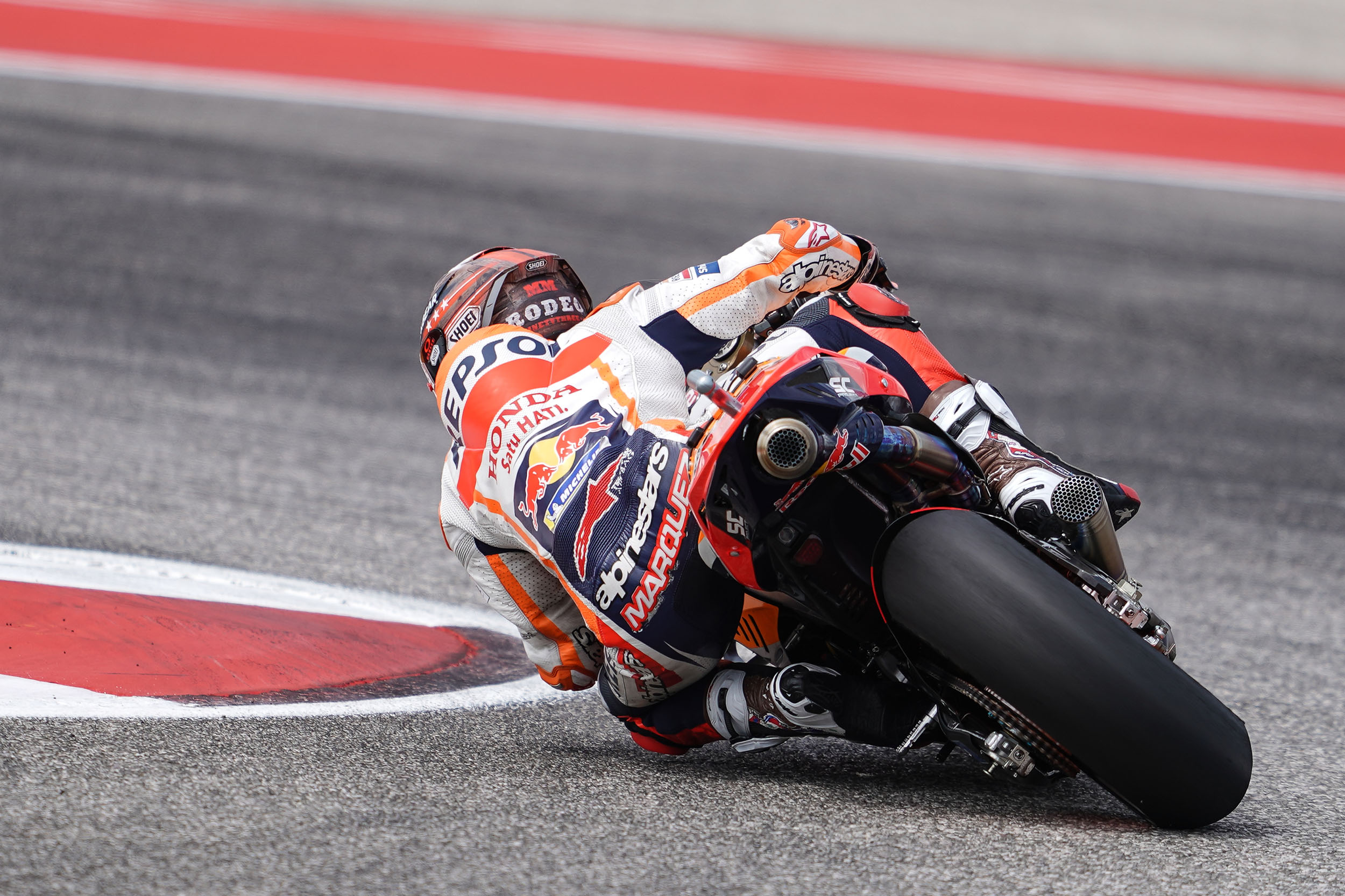 "The plan was to do exactly what we did today: start well and fight into the first corner, take the first few laps a bit easy and then when the tyres start to drop a little bit – that’s when I would start to push. It’s exactly what I did and I saw the gap increasing with my lap times in in 2’04 highs, very consistent and comfortable. In the last few laps I was very tired and it wasn’t easy to keep my concentration but Fabio was far behind and I my instincts said he would not risk anything as he’s fighting for the championship. Today is a great day, I want to say thanks to the whole of HRC and the Repsol Honda Team who have worked so well all weekend. It’s been a hard season to understand everything, I was really looking for this victory because we know we had a good chance here. It was nice to win here for Nicky Hayden and also for the Viñales family, I have known them since I was eight years old and it’s a hard year for them and for the world of racing."

"We went into the race knowing it would be difficult and from the start the feeling with the front was not so good, there was a lot of pushing. With the situation we had, I couldn’t do anymore. It’s strange because in previous races the rear has been where we had our problems, but today it was the front. It’s unfortunate because we started the weekend well. Now the next objective is Misano where we know we have a good setting from the test, so we get ready to go again. The year isn’t over, so we keep our head up and keep trying. Congratulations to Marc and the Repsol Honda Team."