Despite a clear sky in the morning, early afternoon showers reduced running time at the post-race Brno test by around an hour. With Sunday’s victory still fresh in his mind, Marc Márquez rolled out of the pits shortly after 11:00 local time and began the day’s testing schedule.

Swapping between three bikes, the MotoGP World Championship leader completed a total of 70 laps throughout the course of the day. A best time of 1’56.237 saw Marquez conclude the test as the eighth fastest riders and left him pleased with the progress made and the knowledge gained.

The Repsol Honda Team, Marc Márquez and Stefan Bradl now head south for the Austrian Grand Prix at the Red Bull Ring, August 09 – 11, where they aim to continue their impressive 2019 form and defend their 63-point lead in the standings. 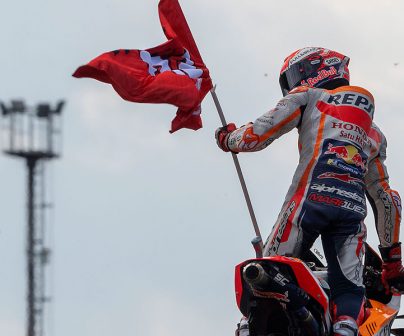 In the end we did more laps than we had planned. But we had many things to do as HRC brought many things and Michelin had two tyres for us to try as well.

We had different things on the bike, some new frames and some aerodynamics – it was all very interesting and some of them could help us in the next race. We’re also thinking about the future further ahead. It was a good test and we were able to understand some more things.