The Styrian Grand Prix race, which finally took place in dry conditions, was affected by an accident which left oil on the track. Once the asphalt was safely cleared, the race resumed over 27 laps, with all the teams watching the Austrian sky in anticipation of rain.

Marc Márquez started the tenth round of the season from eighth on the grid. Before the race came to a halt due to the incident, the Repsol Honda team rider was running in sixth position, keeping pace with the top competitors. After the restart, he climbed positions after getting off the line poorly. Finally, Márquez was able to cross the finish line in eighth place and score eight points.

Pol Espargaró, who started from fifteenth on the grid, could not keep up with the group of riders who were in the Top 10. After trying to reduce the gap to those that were ahead of him, the Repsol Honda Team rider finished in sixteenth, less than one tenth of a second away from scoring points.

Marc Márquez occupies tenth position in the overall standings, with a total of 58 points. Pol Espargaró is fourteenth, with 41. 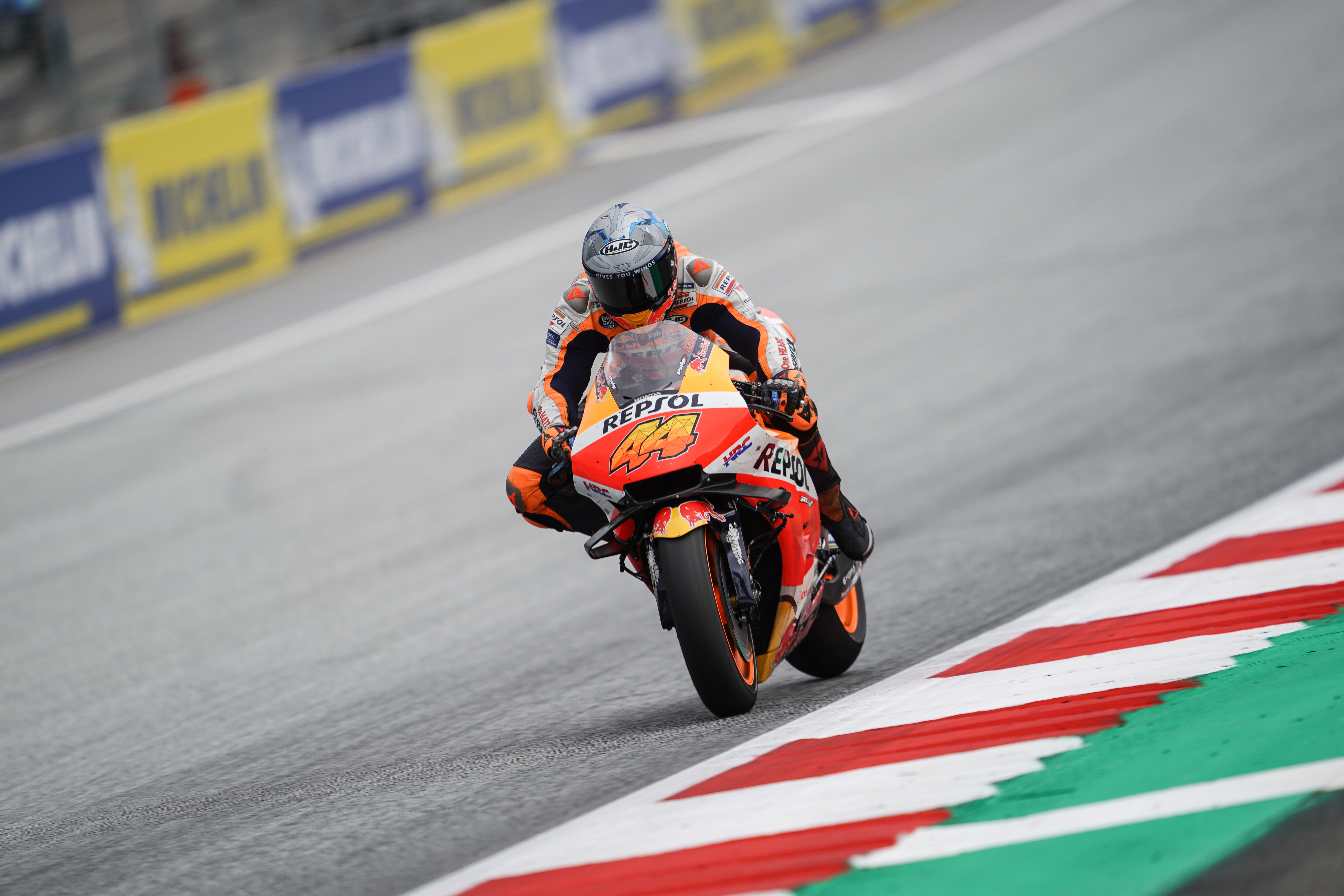 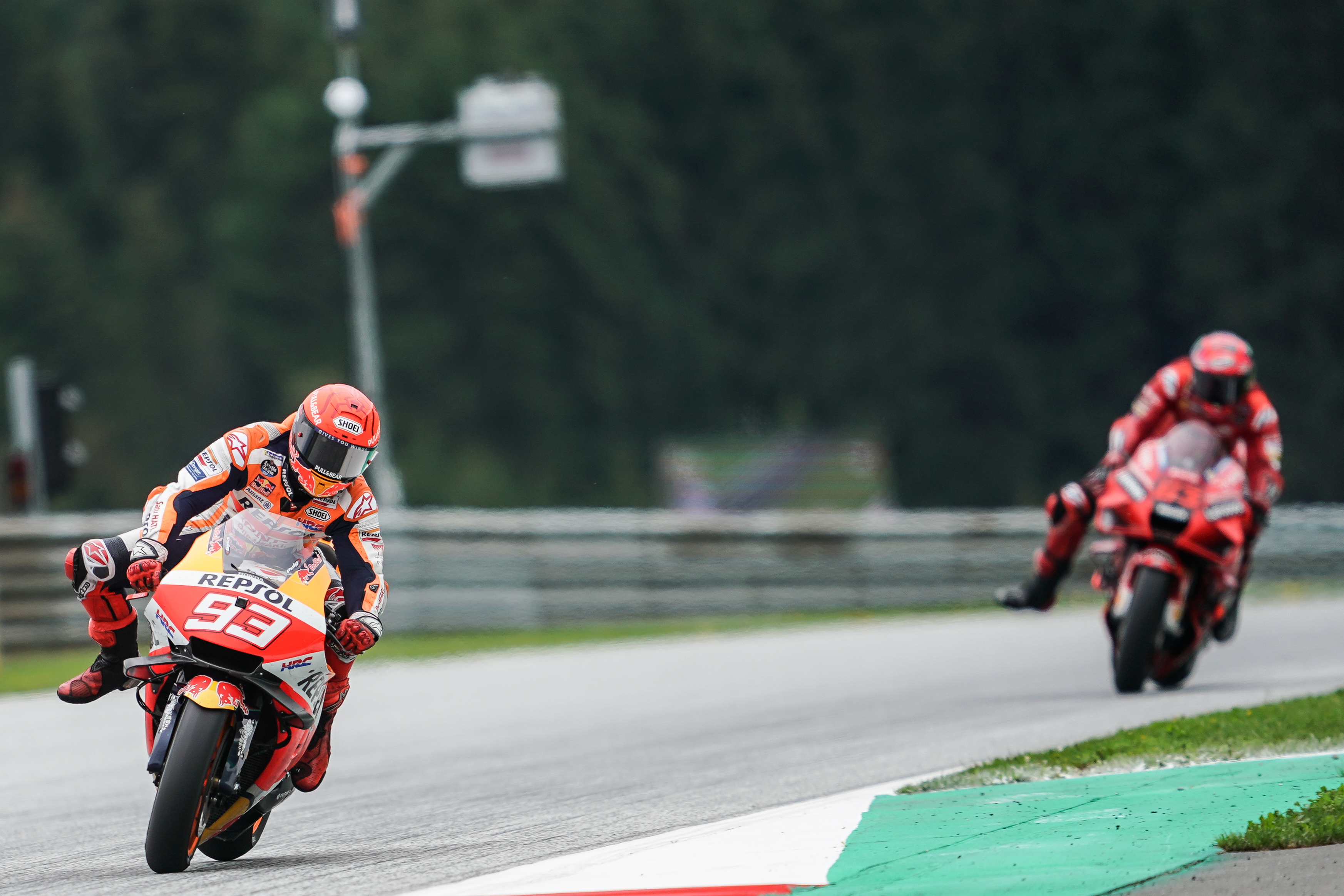 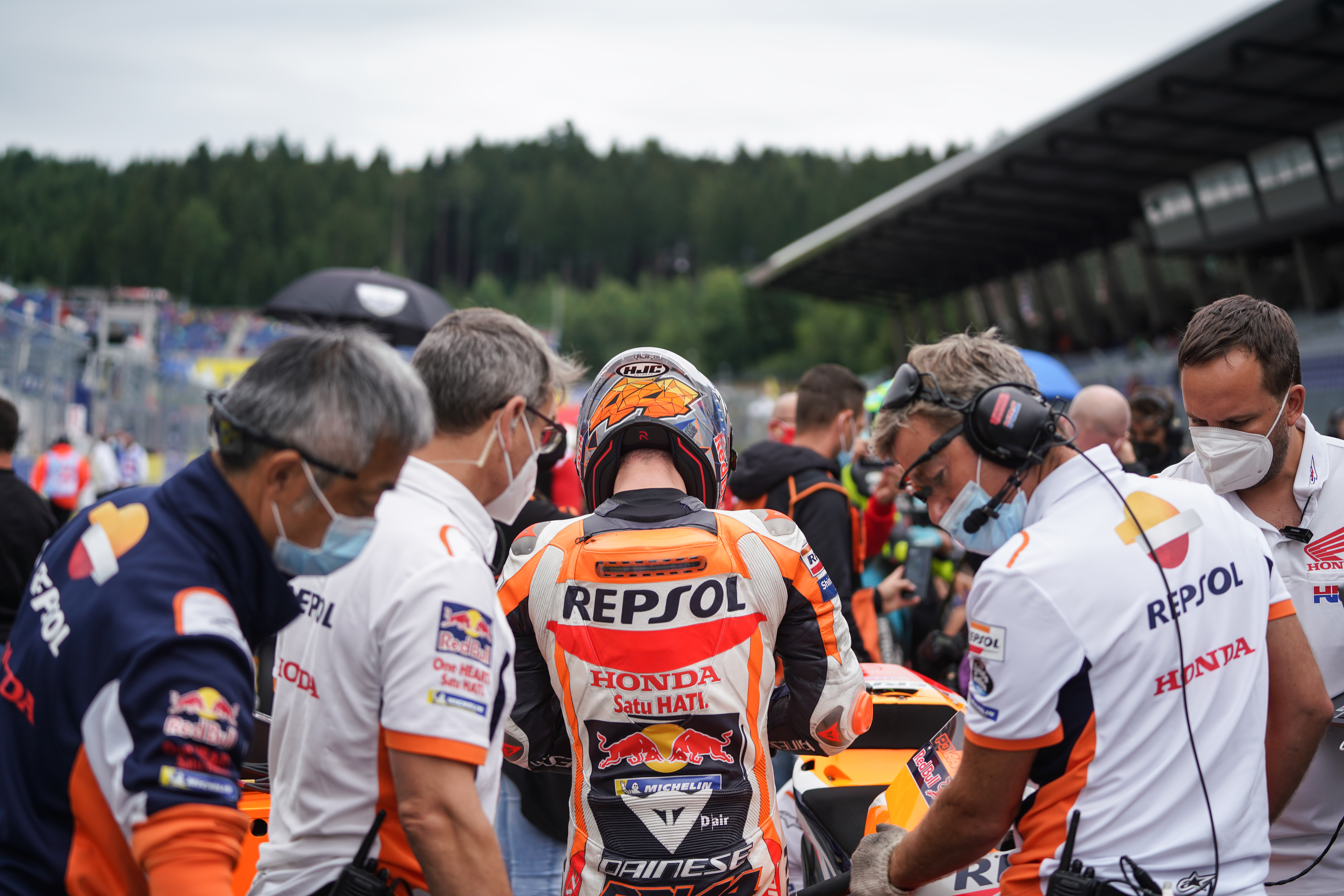 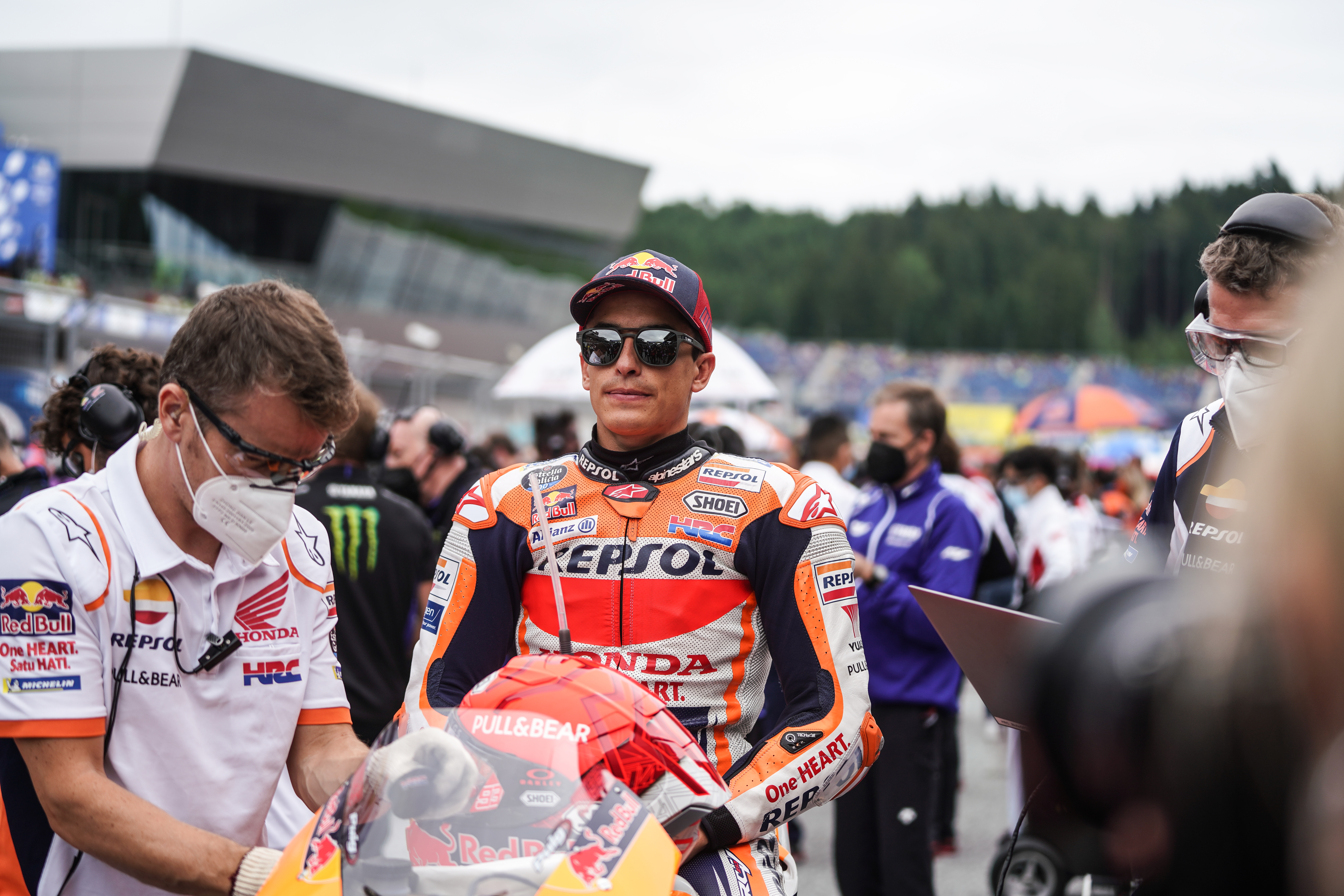 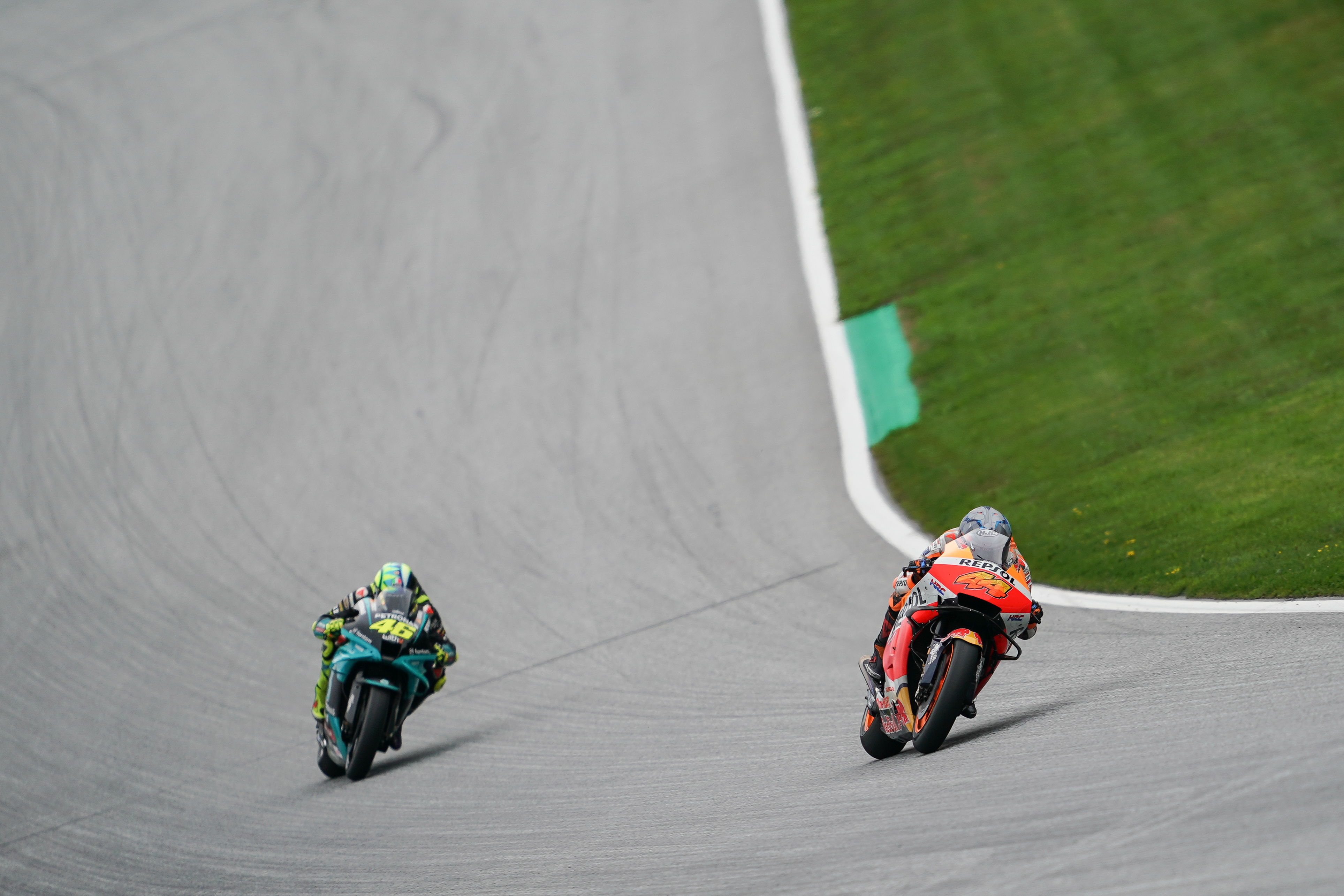 “I am happy with the weekend; our pace was good and I was riding well. But I am not happy with the race. In the first race I was feeling really good and I thought ‘this is my race’. In the second race we changed tyres and already on the out lap I could feel something strange. There was a lot of spinning and I couldn’t find any grip. I tried to cool the tyre a bit and then push again but I was one second slower than during practice. All we could do was finish the race and try to show our true performance next weekend. In the first race I was optimistic when I passed Aleix and touching was more my mistake, in the second race I had a better start and was inside and in front but then he released the brakes and turned in so I had no space and made contact, losing time. This is racing, it happens."

“Obviously it has been tough and honestly speaking a little embarrassing being this close to last. I think everything started in Qualifying because we were not that strong and also we tried the medium rear and ran out of rear tyres when the red flag made us restart. We went out with a rear with four laps already on it and I think with it going from cold to hot, to cold to hot with the warmers and the track condition I think we destroyed the tyre already before the race. There was a lot of spinning on the straight and in fourth gear I wasn’t accelerating. I wasn’t stopping. I don’t think there were any positives, it was just surviving. In the first start I think we could have done something more interesting.”