World Champion Marc Marquez had a productive morning aboard his Repsol Honda RC213V, improving his time from Friday by three tenths. A lap of 1’37.029 comfortably took the 2019 Spanish GP race winner through to Q2. After demonstrating supreme pace in Free Practice 4, Marc turned his attentions to the first push for pole of the year. Despite the hotter temperatures, lap records were smashed as Marc battled for pole. His best time of 1’36.862 was under the 2019 pole record and will see him line up on the outside of the front row as he aims to continue his uninterrupted run of 16 top-two finishes in the premier class.

Dropping half a second off his best time from Friday, Alex Marquez ended Free Practice 3 feeling positive. Finishing the session just 0.955s off first placed Quartararo yet showing down in 20th on the combined timesheets demonstrated how excruciating close the MotoGP field is at the Circuito de Jerez – Angel Nieto. A 1’38.256 in Qualifying, the hotter conditions costing him half a second, will see Alex line up as the second fastest rookie for his MotoGP debut. 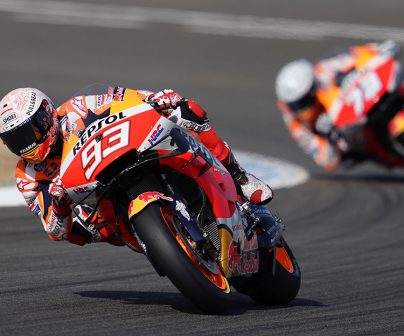 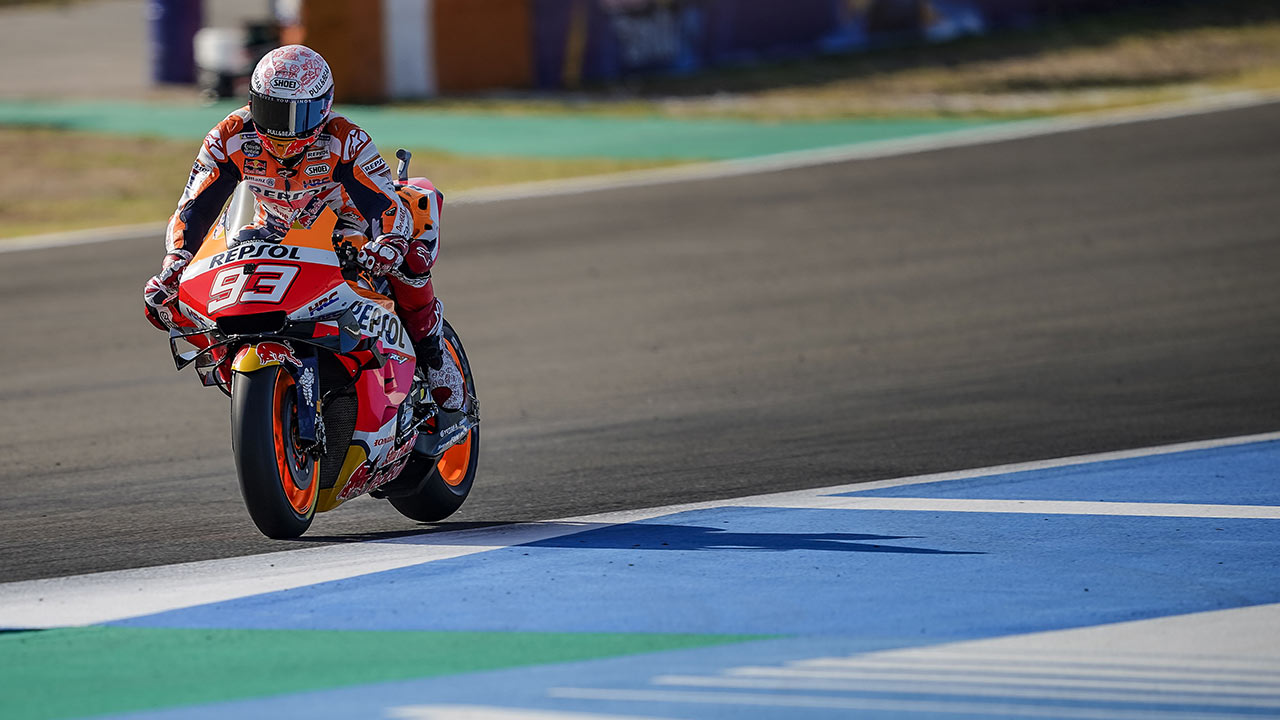 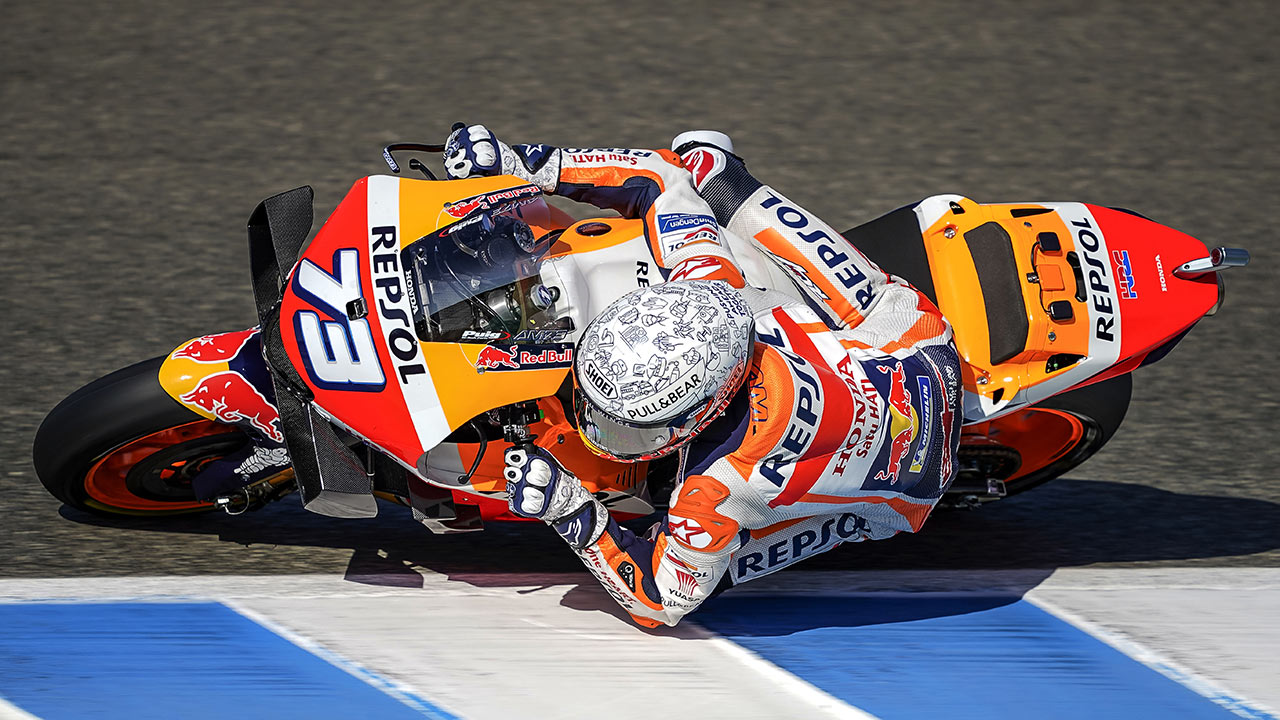 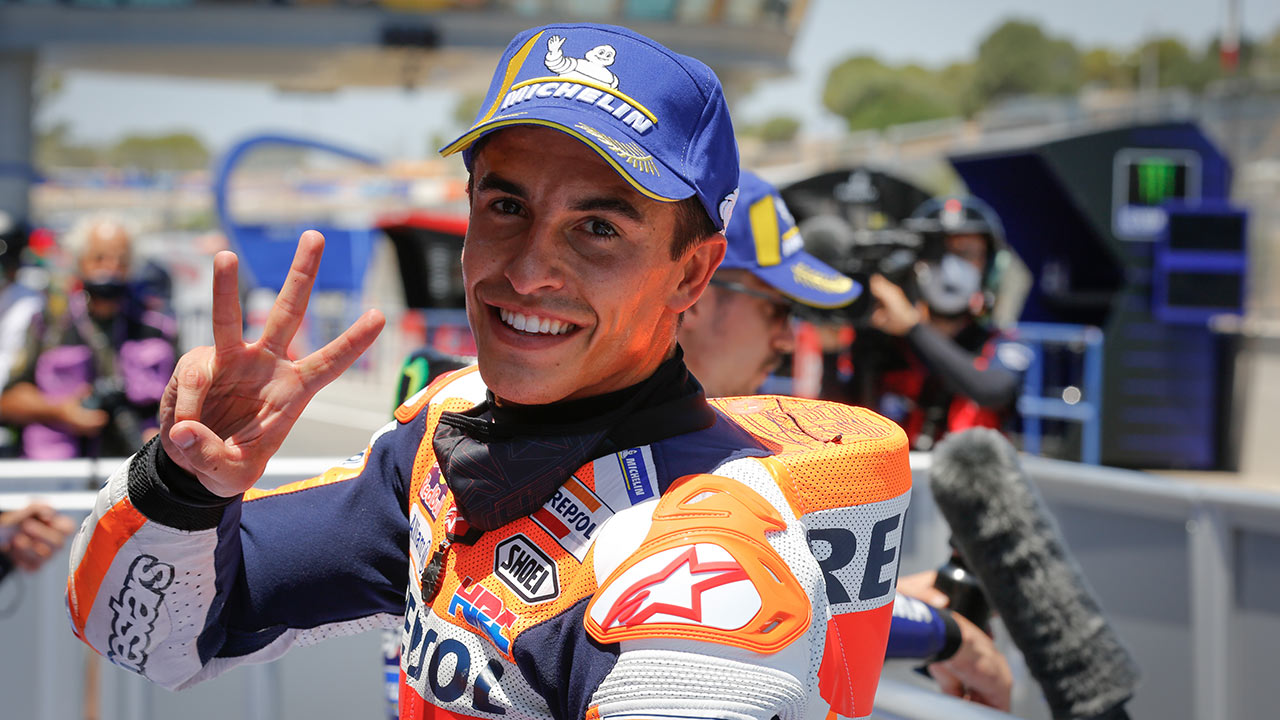 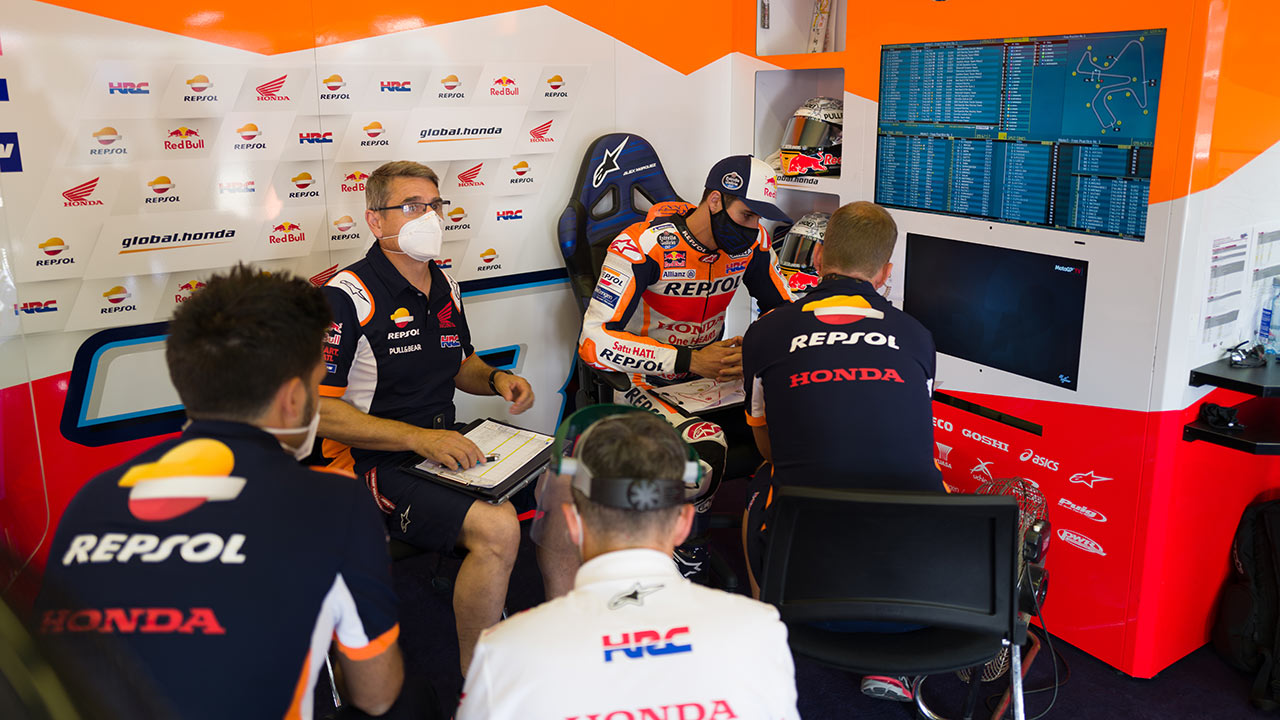 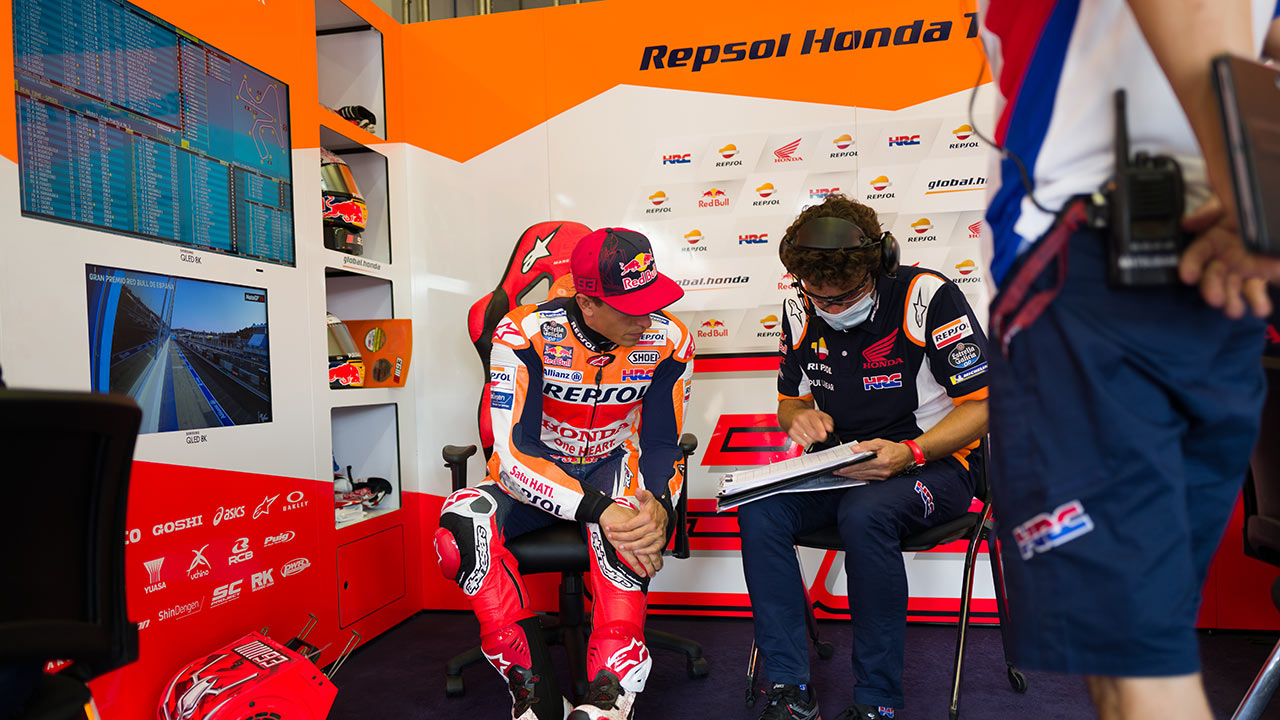 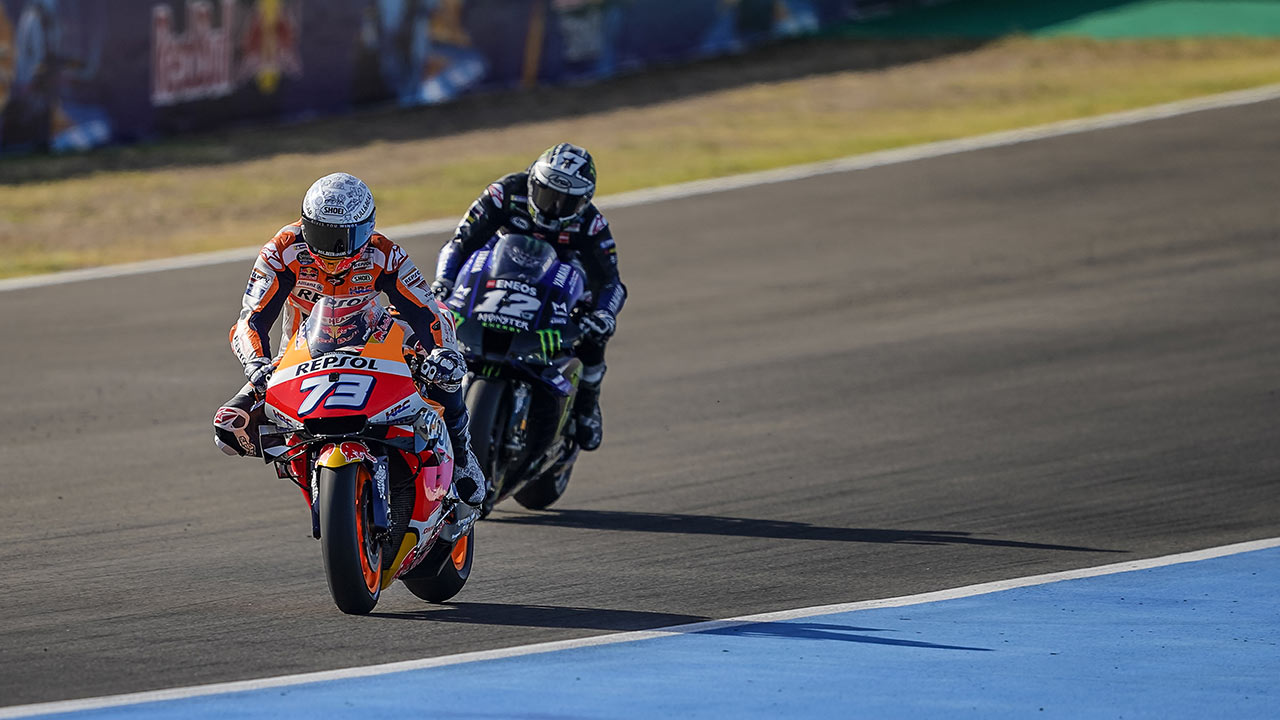 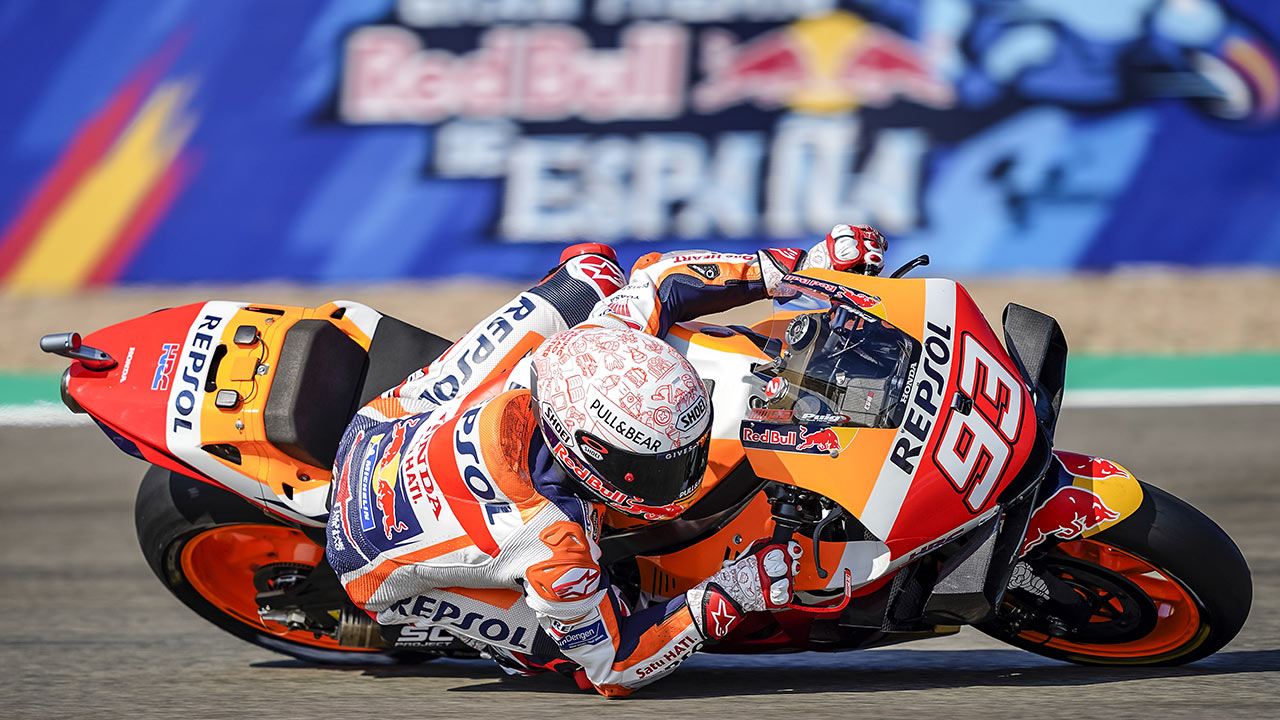 Objective acomplished. "It was tough! The lap time with this high temperature was very good. I knew even before we left the garage that my target was to try and be on the front row because for some reason Yamaha and Suzuki over one lap are very strong with the new tyre. But we have been working for race distance and in FP4 tyre life and our pace was very good. This is the main focus for tomorrow.”

Learning more each day "The strategy today was to improve, and we made steps in both the morning and in the afternoon. Unfortunately, I am struggling more in the hot conditions than I was expecting but in the morning we were fast. Everything is so close in MotoGP. Every day I am on the bike I want to improve and learn new things; tomorrow will be a good opportunity to do this. The goal is to finish the race but still to push as hard as possible. We saw many positives today but there’s still some room to push a little more.”