On June 22nd, 2008, a young Marc Márquez took to the podium for the first time, with third position at the British GP at Donington Park. It was his sixth race in the 125cc World Championship and, aged just 15, the Repsol-backed rider became the second youngest person in history to finish on the rostrum. Now in his tenth season, aged 24 and with 5 world titles and 165 races behind him, the Repsol Honda rider has become the ninth rider in history to reach one hundred podiums in the World Championship. 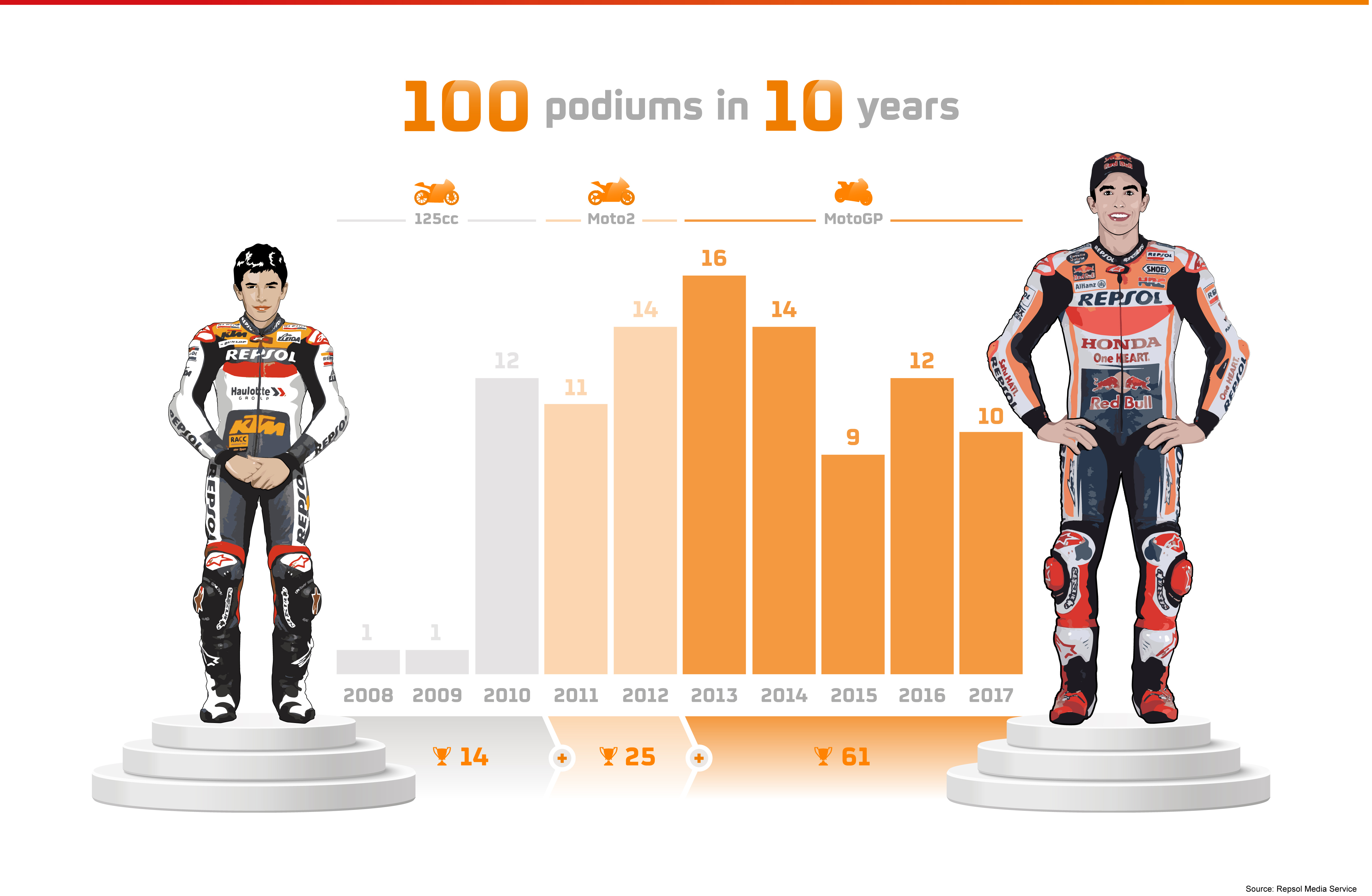 Márquez’ 100 podiums come from 165 Grand Prix races, meaning the Repsol Honda rider has stepped on the rostrum at 60% of the races in which he has participated –with a 36% winning percentage. He achieved 14 podiums in 125cc, 25 in his 2 seasons in Moto2 and, as of today, 61 in the premier class, where he continues to fight for his fourth MotoGP World Championship with three races remaining this season.