Home / MotoGP / Jorge Lorenzo: We’re not saying goodbye to a rider, but a World Champion

The five-time World Champion has announced that he will retire after the last Grand Prix of the 2019 season. The Majorcan rider is leaving behind a long professional career with 68 victories, 15 podiums, 69 poles, 37 fastest laps, and 3943 points in 296 races. These figures make him one of the most successful riders in the top class, earning him his place as a true MotoGP legend alongside the likes of Dani Pedrosa, Casey Stoner, or Mick Doohan.

This weekend, Jorge Lorenzo will sport the Repsol Honda colours for the last time and fight for the Team World Championship title, which is hanging in the balance by a mere two points.

Follow Box Repsol through our social media during the Valencia GP, when we will have the privilege and the pleasure of watching number 99 race in MotoGP for the very last time. 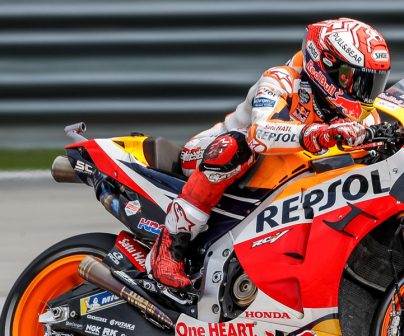