Watching Dani Pedrosa on track is like listening to classical music

Fonsi Nieto, a former 250cc World Championship runner-up, has swapped the track for the garage in his new role as coach at Alma Pramac Racing. He uses his experience of past and present for an in-depth look at the start of the second half of the 2018 MotoGP World Championship, and explains what his new role entails.

WHAT IS YOUR NEW ROLE LIKE AS A COACH FOR THE ALMA PRAMAC RACING? DO YOU MISS BEING THE ONE RIDING THE BIKE ON SUNDAYS?

“I’m very happy with this new role. When you have been a rider, the bug never goes away –how many years pass. However, in my case I had a very big accident in which I almost lost my leg and my life, so right now I don’t have any special desire to get on a bike. I am very happy to be able to contribute all my experience as a rider to Danilo Petrucci and Jack Miller”.

WHAT DOES A COACH PROVIDE FOR A MOTOGP RIDER?

“At a time in which everything is so evenly matched, any help or small detail that a coach can give you is always a benefit. A rider is not going to win by having one particular coach or another, but everything helps because there are many factors and details to keep in mind today: The setup, the electronics… There are many things that a rider might even forget about. Therefore, knowing that there is someone who is looking out for you, who observes things from the outside and that, above all, has experience competing, is quite important. Nowadays, almost all riders have someone by their side.”

YOU HAVE WATCHED THE MOTOGP RIDERS FROM TRACKSIDE. WHAT WOULD YOU HIGHLIGHT ABOUT THE MAIN FACTORIES AND RIDERS?

“There are many things that you can’t see on television. If I had to single out some of the leading riders, I would say that Jorge Lorenzo is the one who practices the best, making the most of the time from the green light through until the chequered flag . Marc Márquez is all talent; what he does with the bike is amazing, and how he works and his aggressive style are the things that stand out about him. As for Dani Pedrosa, the lines he uses are ones I haven’t seen anyone else ride. He’s a maestro in that. Seeing him on track is like listening to classical music. Among the rest of the riders there is a lot of equality, and every weekend we see different riders at the front. That makes it a really nice championship to watch.”

YOUR UNCLE, ÁNGEL NIETO, ALWAYS HAD PRAISE FOR DANI AND MARC. DO YOU REMEMBER WHAT HE SAID ABOUT THEM?

“It doesn’t seem real that it’s been a year since my uncle left us. If I thought that my uncle was great before, now that he is not here and you continue to see the affection shown for him by the fans and people in all countries, it is something that is amazing to me -especially the riders who still remember him. Of course he was going to praise Marc [Márquez] and Dani [Pedrosa] –we all do! In fact, my uncle praised everyone from the first to the last rider on the grid, because he knew how hard this is, what is at stake and that everyone incurs the same damage when they crash. That is something my uncle has instilled in the whole family: Any rider in motorcycle racing deserves the utmost support and respect.” 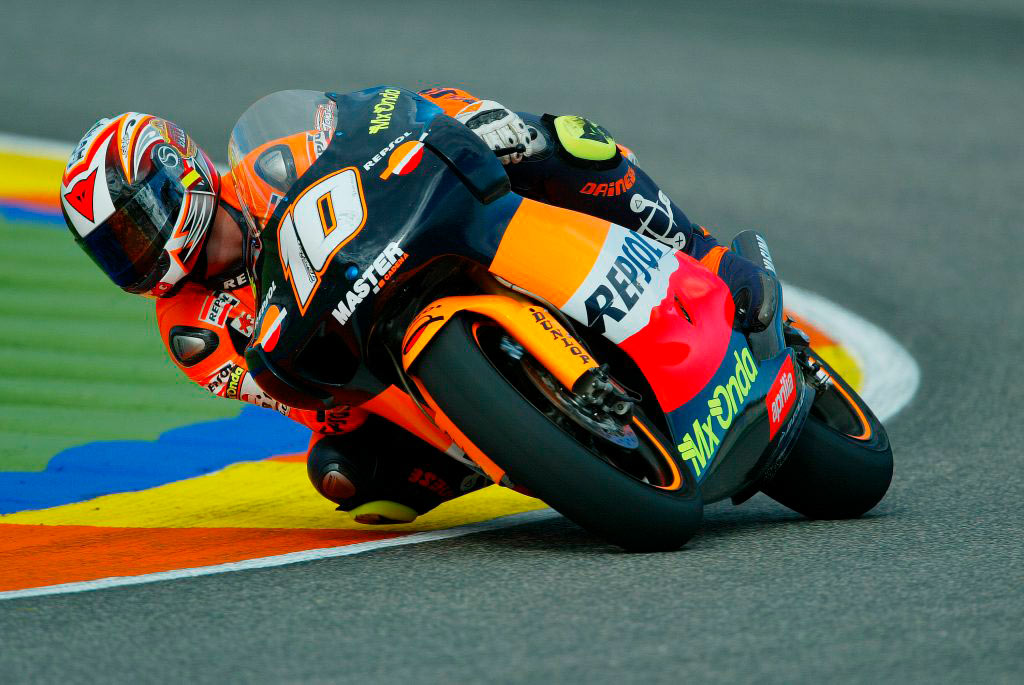 GIVEN THE FIRST HALF OF THE CHAMPIONSHIP THAT MARC MÁRQUEZ HAD AND HOW THE SECOND HALF HAS STARTED, WHAT CAN WE EXPECT FROM THE REIGNING MOTOGP WORLD CHAMPION?

“It will be more or less the same as the first half of the season, since if Márquez doesn’t have problems and nothing happens to him, he has the title half-won. He made a big gap at the beginning of the year, so I don’t think it’s going to be different now. Márquez is one step ahead of everyone and you can see that in the races; right now it is difficult to beat him.”

WATCHING PRACTICE AND THE RACE FROM TRACKSIDE, WHAT CAN YOU TELL US ABOUT THE RACE THE TOP THREE HAD AT BRNO?

“It was an unpredictable race and, at the same time, one of the most beautiful of the year with that final fight between Márquez, Lorenzo and Dovizioso. It was a race that gains new fans. I would emphasise the way in which the three riders knew how to manage their tyres, since at the beginning they used very smooth electronic maps so they didn’t wear them out and, with five laps to go, they changed everything and began to push. They used a very good strategy. The race could have been won just as easily by Marc [Márquez] as by Jorge [Lorenzo], but Dovizioso handled it better and also was lucky that the others both lost a bit of time in their fight, and that allowed him to get those two tenths that gave him the final victory.”

WHAT IS YOUR OPINION OF THE DECISION TAKEN BY DANI PEDROSA TO RETIRE? YOU ALSO DECIDED TO RETIRE FROM COMPETITION WHEN YOU WERE STILL YOUNG, AGED 32.

“Dani’s decision is very respectable and very sincere; it seemed to be coming, since this year we have not seen the best Pedrosa. He is a Top 5 rider, he likes to win, and if he doesn’t see himself in a position to do so, he has been very brave in saying it. My retirement was different because I had the accident and, although I already had a contract signed for the following year, I was not physically fit. What I share with Dani, in part, is that you shouldn’t fool yourself; if you don’t think you have one hundred percent of your ability to do something, you have to be honest.”

WHAT IS THE RED BULL RING IN AUSTRIA LIKE, AND WHICH RIDERS AND BIKES COULD IT SUIT THE MOST?

“The Red Bull Ring is an historic circuit that has been improved over the years. Last season we saw Ducati be very strong there and, after Andrea Dovizioso’s race there in 2017, he will be the man to beat.”

CAN YOU MAKE A PREDICTION FOR THE REST OF THE SEASON?

“My prediction is Márquez. Marc has the title fight in his favour, although it is true that this is a sport in which many things can happen: You crash, you hurt yourself… He himself has said that it isn’t over until it’s over, but he looks very focused.”