The first Free Practice sessions after the summer break for the MotoGP World Championship riders took place at the Styrian Grand Prix in Spielberg on Friday, with changeable weather conditions; FP1 was a dry session, whilst FP2 was held on a wet track.

Pol Espargaró started the day by setting a good pace, his feeling subsequently improving throughout the first Free Practice session. In the morning, the Repsol Honda Team rider set a best time of 1:24.254, which allowed him to place fifth. In the afternoon, the rain hindered his progress and he set the 13th best time.

Marc Márquez led the way in part of the first Free Practice for the Styrian Grand Prix, showing further improvement and recovery from his injury. He clocked a 1:24.475 for sixth place, just behind his teammate. Unable to lower his time in the afternoon, like the rest of the premier class field, he ended the second session in tenth. 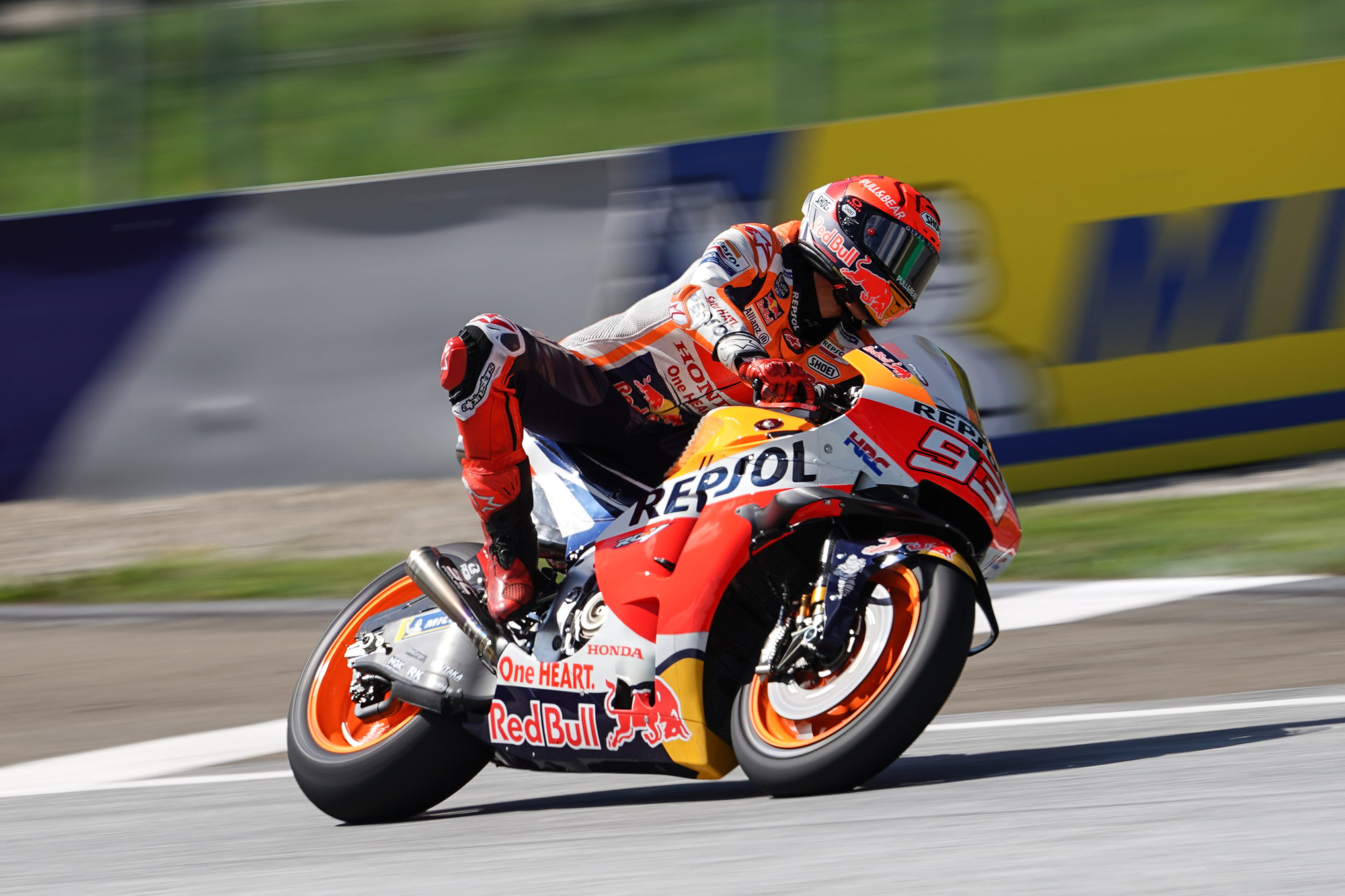 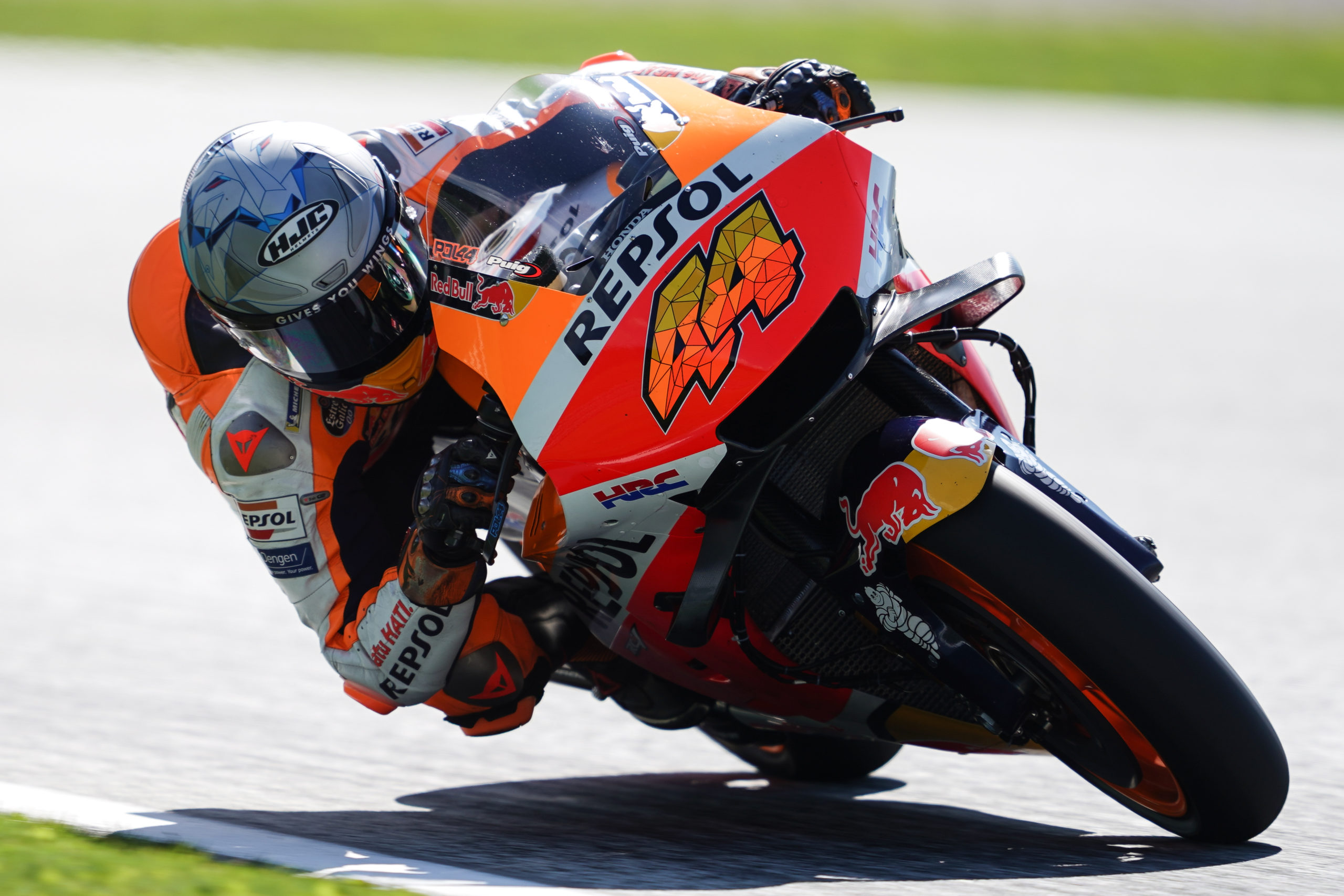 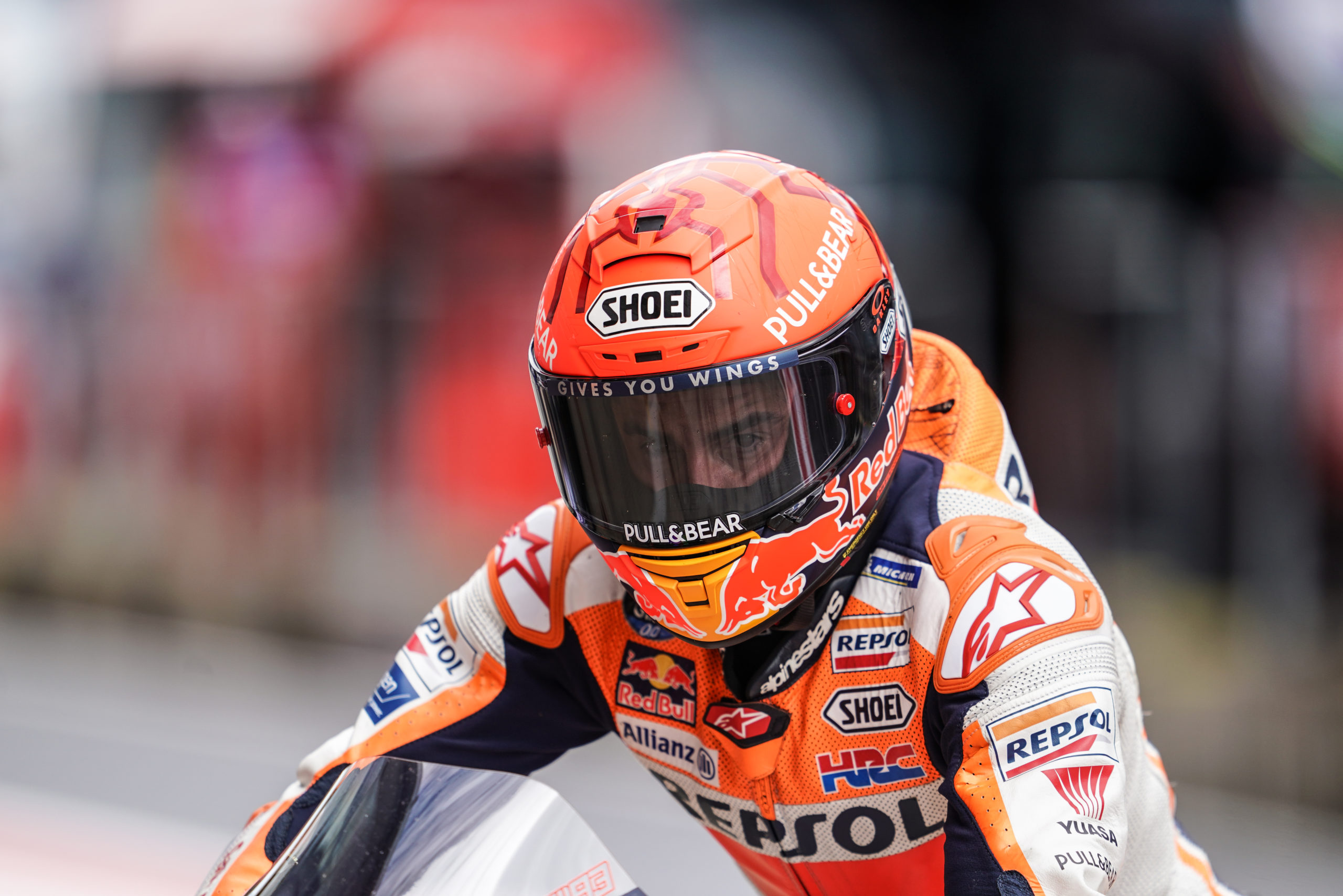 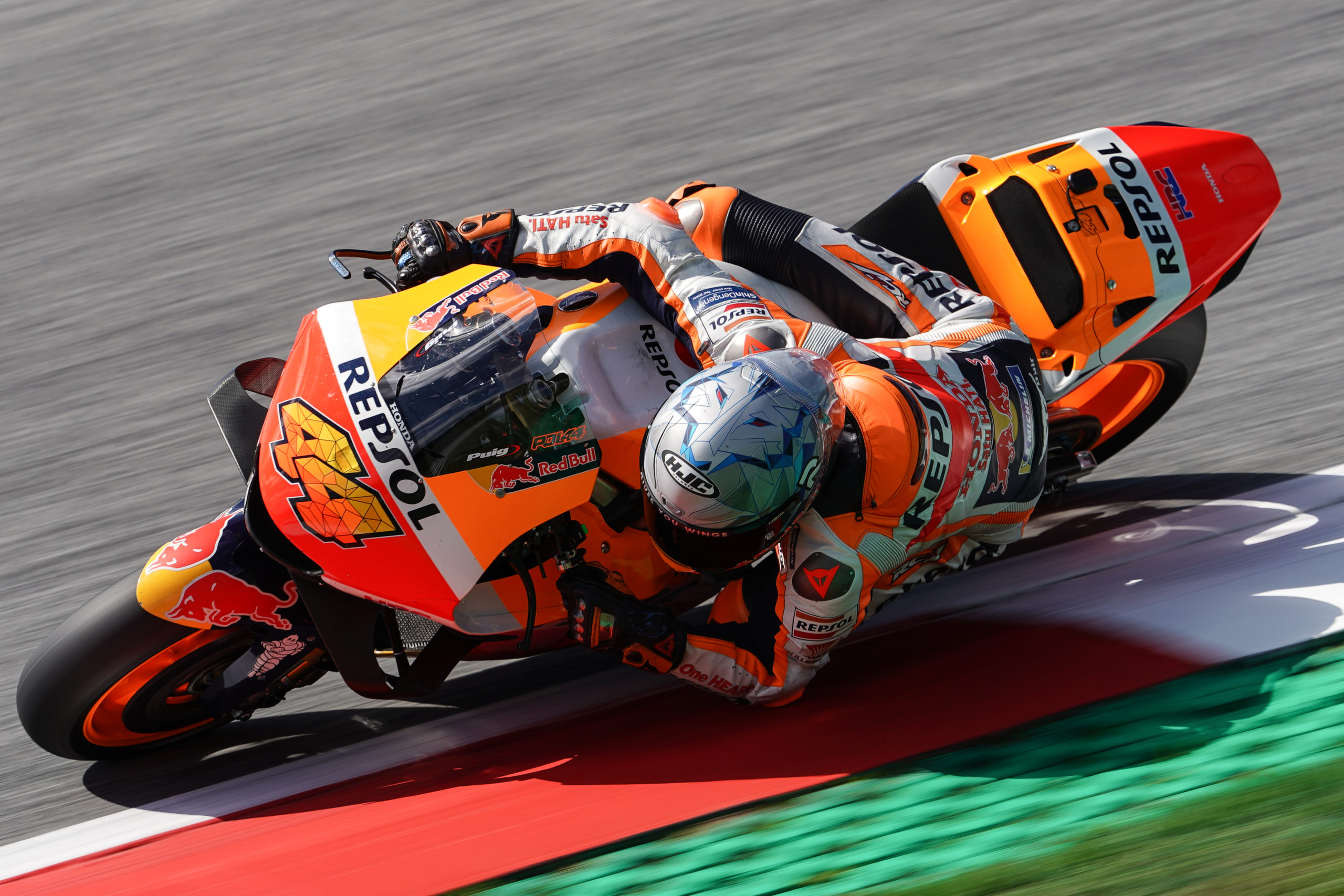 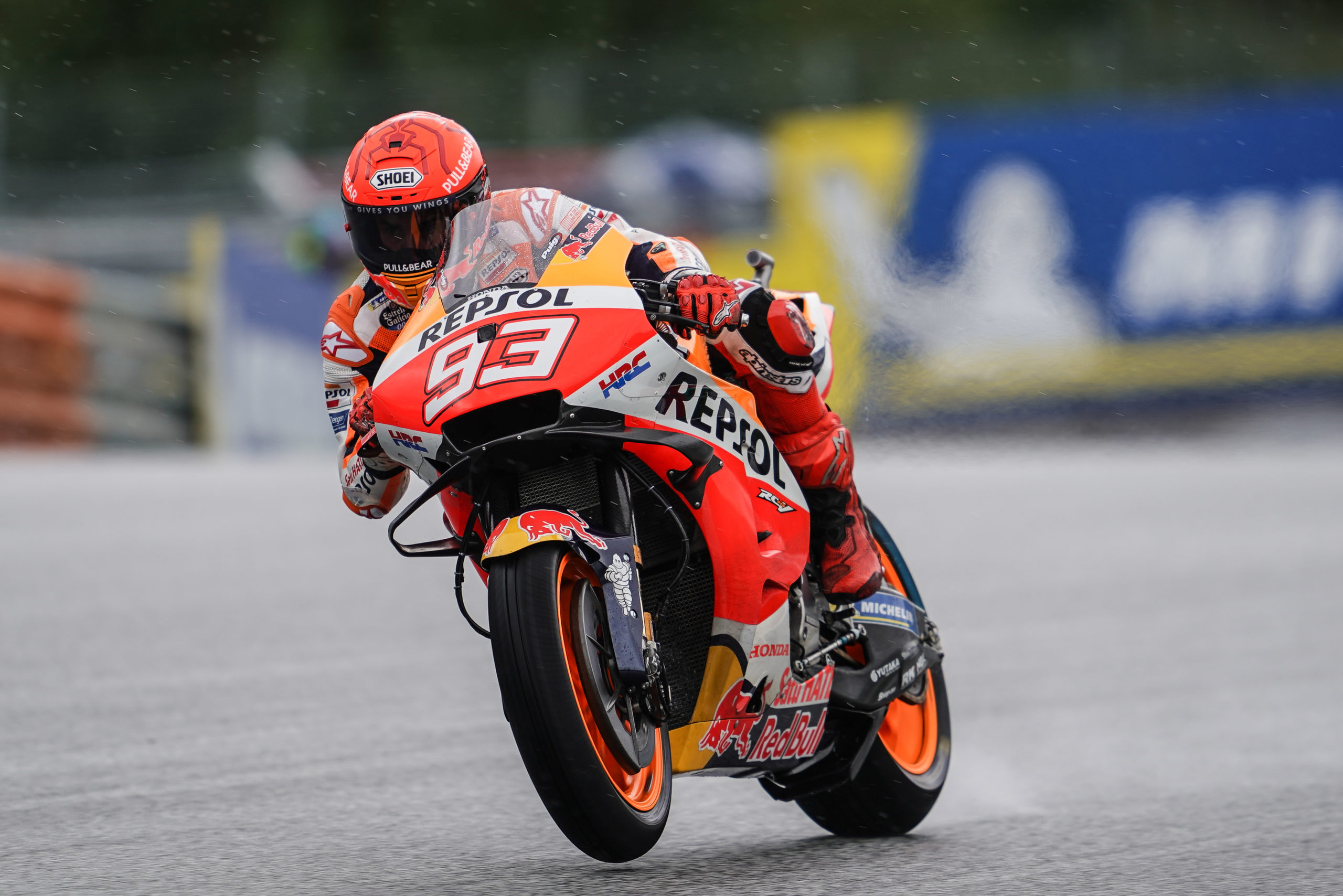 #MM93:
“Honestly speaking I was expecting a lot more from today but I didn’t feel great today, so I accepted it and we keep working. It’s a little frustrating but we are doing what we can, and our times were quite good even though our level wasn’t what we wanted. We will see what happens over the course of the weekend and if my feeling improves. The bike is working well here and the times are quite close after the summer break. Certainly the weather might complicate things a bit later in the weekend, but it’s the same for everyone.”

#POL44:
“The bike was performing well today when I pushed the lap time was coming. It was great to be back out riding after the summer break but for sure there is still some time from all of us to find. This is the kind of circuit where the bike works well, where we can make the most of our advantages. Our final lap time isn’t too bad, there’s room to work and improve but we are feeling positive in the wet and the dry. Let’s see what the weather does for the rest of the weekend.”