Home / MotoGP / Espargaró and Márquez among the top ten at Misano

On a day of mixed conditions at the Misano World Circuit Marco Simoncelli, the first session began in the dry, but rain appeared with ten minutes to go. FP2 was contested in the wet, meaning no rider could improve their lap times.

Espargaró closed the first day at Misano provisionally through to Q2. With a time of 1:33.019, he set the sixth best lap of the day.

In the afternoon, on a completely wet track, Espargaró was unable to improve his times but took the opportunity to ride in the rain, ending the second session nineteenth.

Márquez led part of the first session of the day, then provisionally earned a spot in Q2. He set a 1:33.100 to place ninth.

In the second session of the day, the Repsol Honda Team rider had a good feeling in the rain and finished fifth. 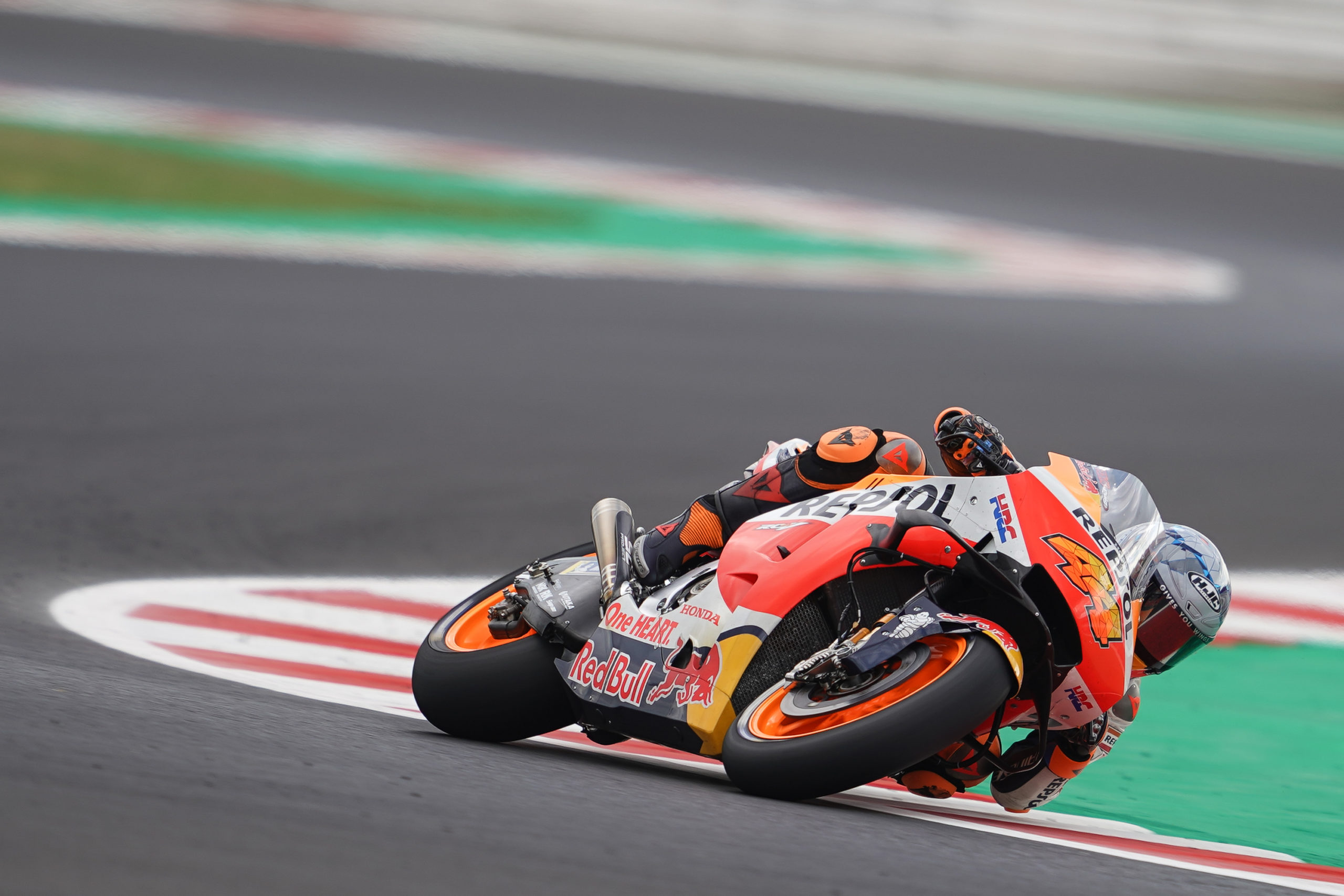 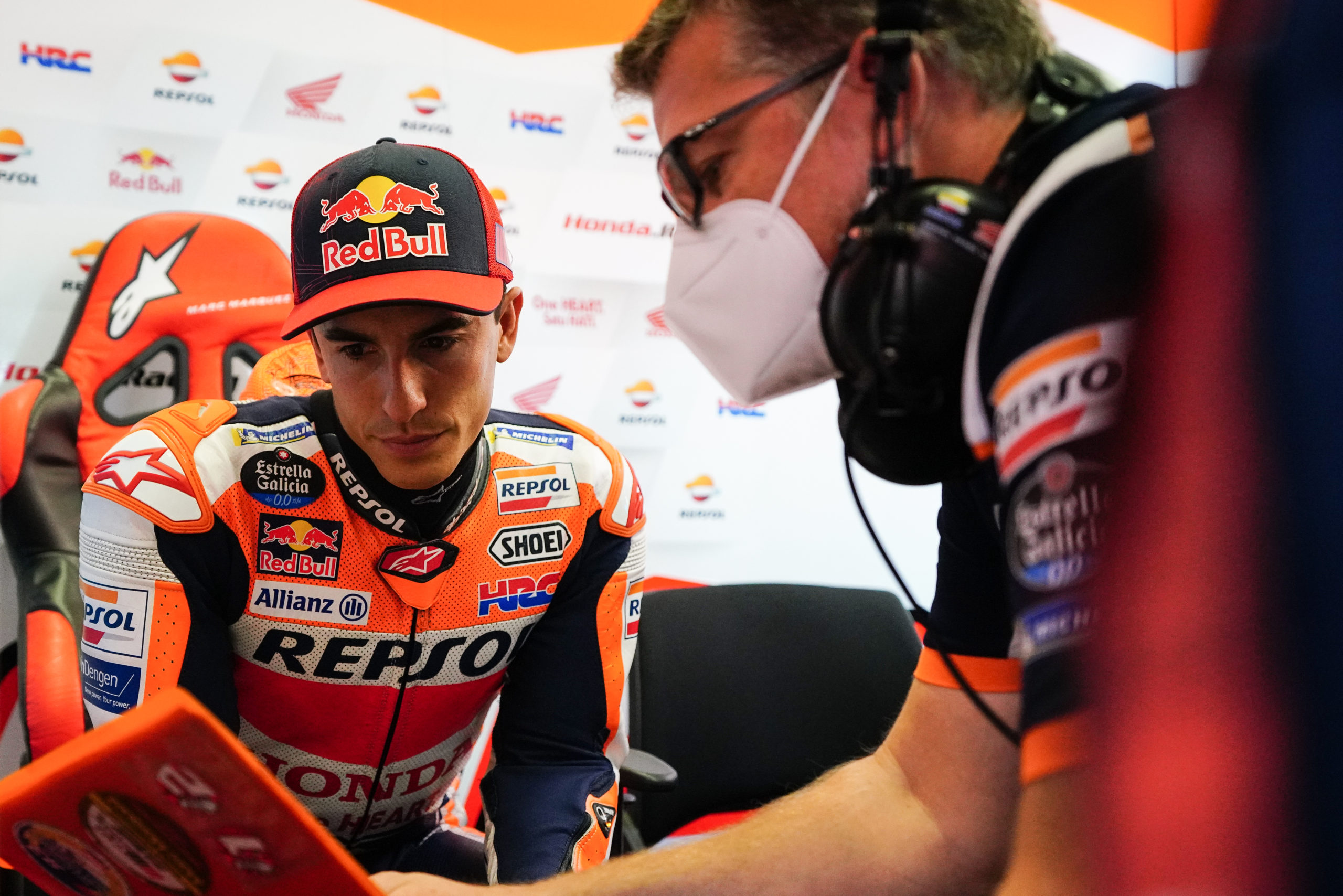 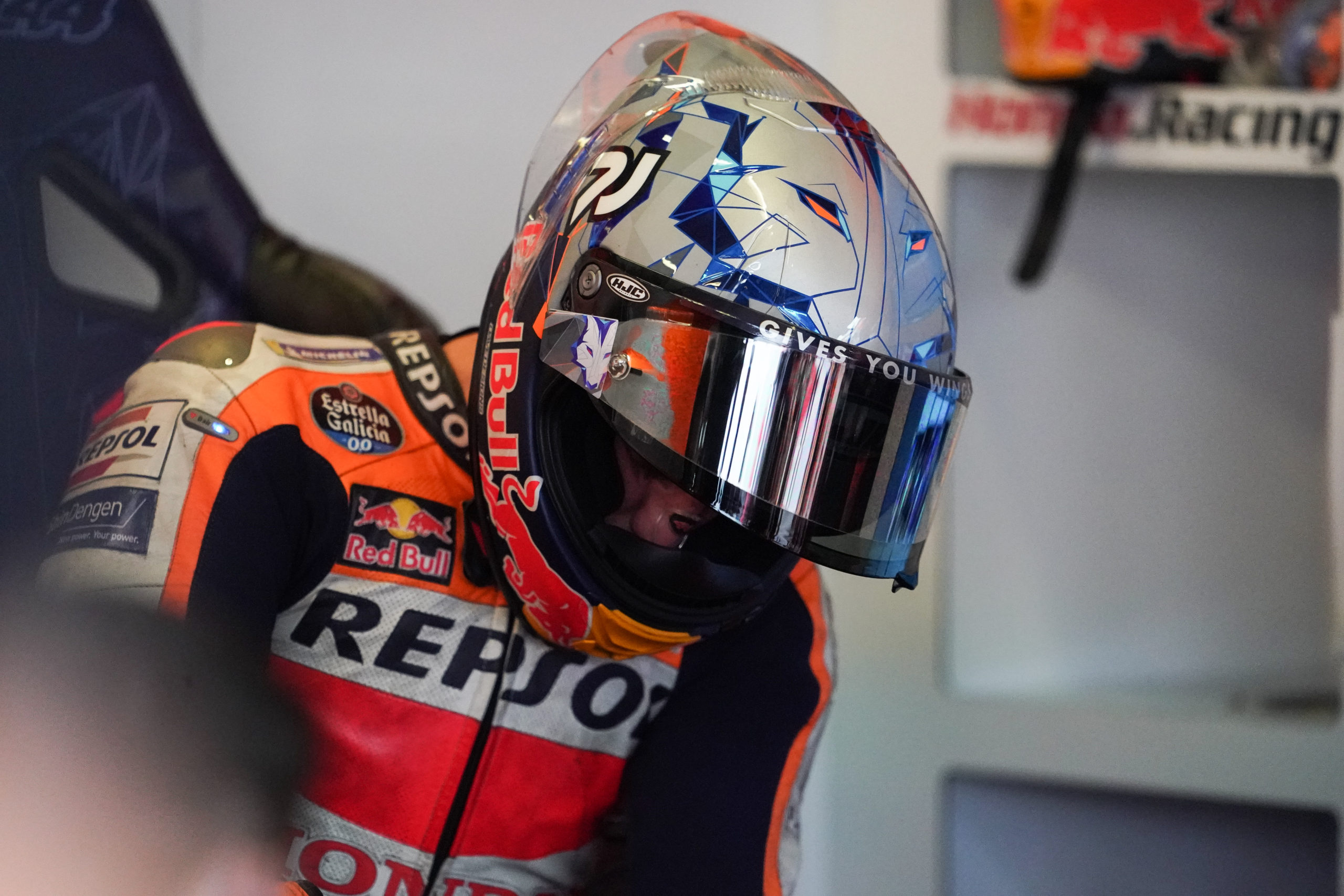 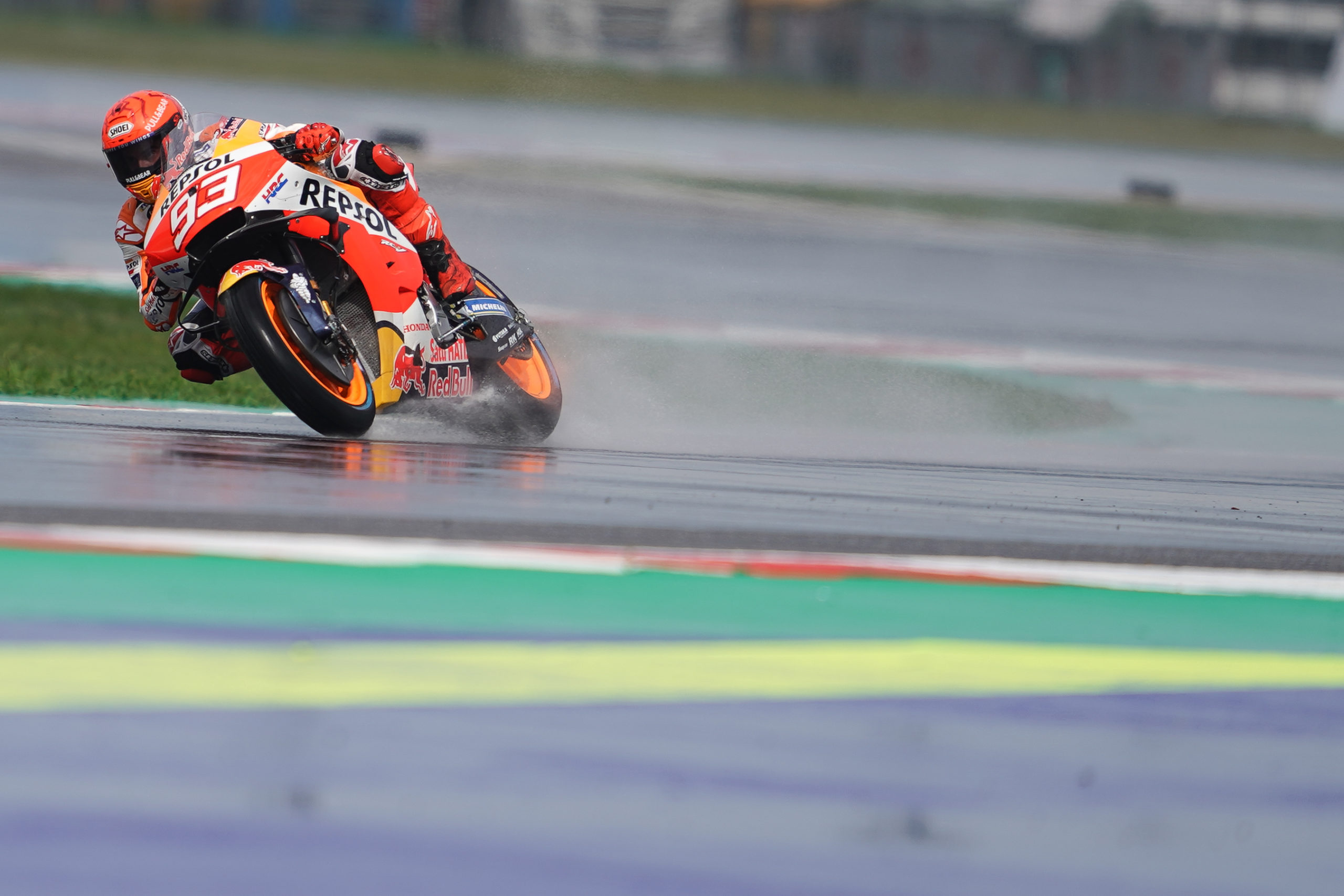 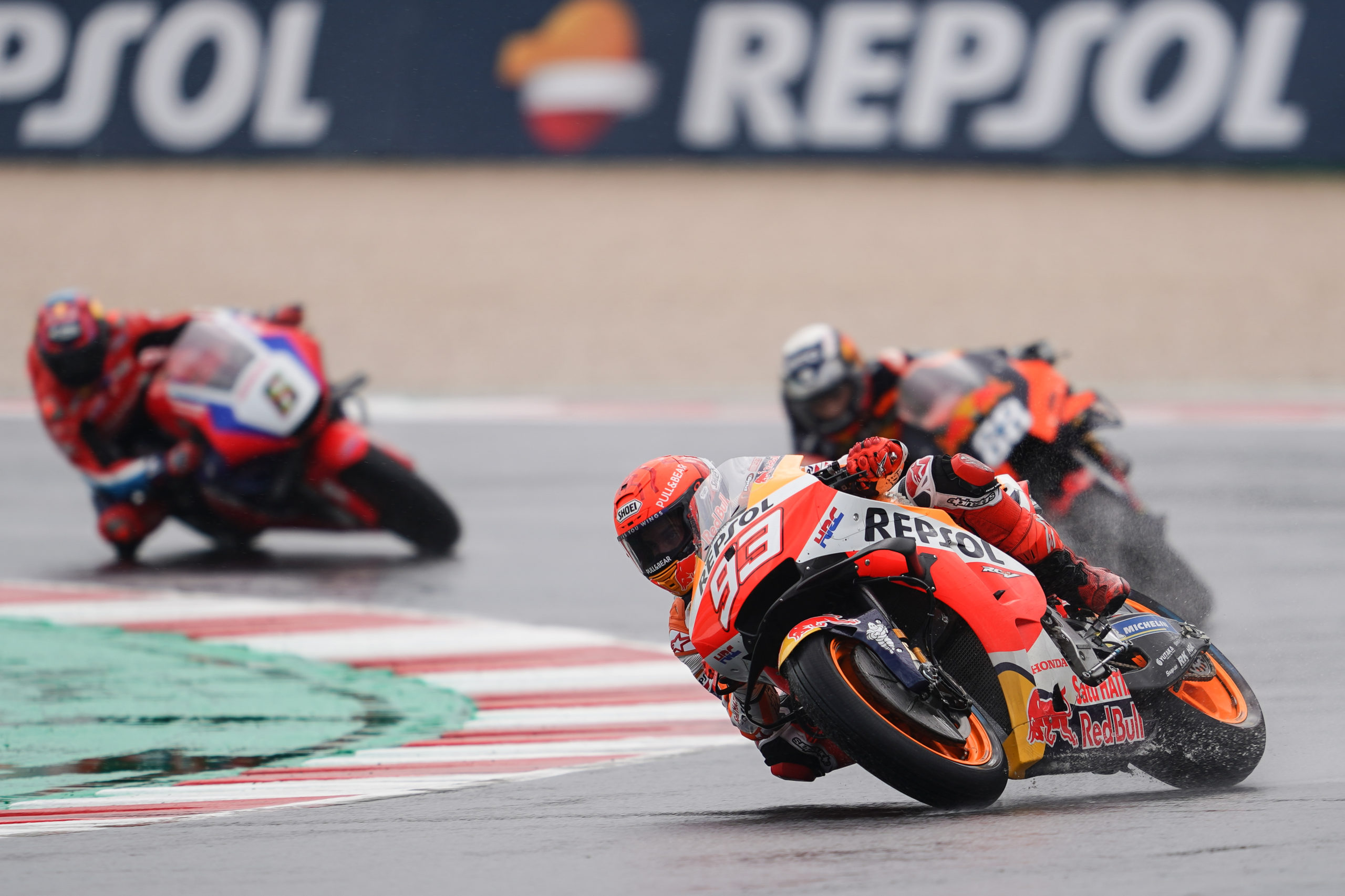 "At the moment our feeling is not bad in the wet and in the dry, it’s not the same as in Aragon and we’re back to what has been out ‘standard’ level this year, more or less. In the dry I could feel some limitations in a couple of corners, but we have time to try and work on the setup to be a bit faster there. Apart from this, let’s see if we can improve tomorrow. Then in the wet, normally we are fast there but we are still missing something. All the Honda riders looked like they struggled a bit so we need to explore this. There’s a few things still to try tomorrow, so let’s see what the weather is like."

"It has been a good day and I’m happy with our dry pace. In the afternoon our feeling in the wet improved throughout the session and we understood more. I felt good and was fast in the dry, so it’s quite a good start to the weekend. The weather still looks a little unpredictable for the weekend so it is good to try the bike in both conditions. Already we have been able to start to build an idea of what the plan will be on Sunday, so this is positive."