After claiming his second win of the 2019 season, Marc Marquez and the Repsol Honda Team immediately got back to work at the Circuito de Jerez – Angel Nieto. First on the list to test was the development Honda RC213V ridden by Stefan Bradl during the weekend. Setting a 1’37.260, Marquez leaves Jerez seventh fastest in the test.

For Jorge Lorenzo, the test provided more important kilometres aboard Repsol Honda Team machine. He suffered a small crash at Turn 6 just before 16:00 local time but was able to return to testing shortly after.

His test was brought to an end by a second crash at Turn 7 as the flag came out. Completing a total of 93 laps, Lorenzo concluded the test in ninth place with a best time of 1’37.466.

The Repsol Honda Team and riders now return home briefly before heading out to the French GP at the Le Mans circuit, May 17 – 19. 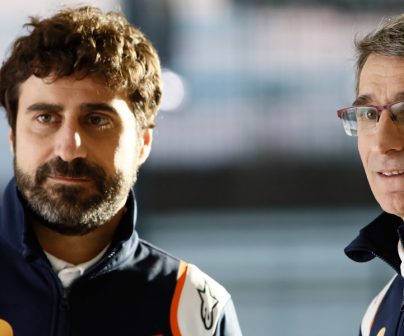 We tried many things today and it was a really positive test as we were able to focus on the concept of a few things, not the details. When we finished with everything I stopped a bit early because the feeling was good with the bike and sometimes it’s best to stop when you’re feeling good.

I tried Bradl’s bike to understand the concept, it was positive and we are ready for the next round..

Today we were able to do a lot of laps and try many things. This was important for us as we are still trying to catch up on the time we missed testing at the start of the season. We found some interesting things for races to come.

The day was upset by two crashes. It isn’t how we wanted to end the test with a crash. I am OK, sore but OK. Thank you to the Repsol Honda Team and HRC engineers for working hard all weekend and today during the test.