Home / MotoGP / Are technological advances affecting the spectacle in MotoGP?

It is a recurring debate that, from time to time, shakes the foundations of MotoGP. It usually happens because this championship isn't something hieratic and unmovable, as if it were set in stone; it is a living competition that evolves at the pace of technology and, therefore, must adapt to it. Although, sometimes, it isn't easy at all to get the right balance.

The regulations that have been introduced in the MotoGP World Championship have been an effective response to making the competition as fair and balanced as possible. In the past, when the new category was rolled out in 2002, replacing the spectacular and complicated 500cc bikes, it enjoyed an open regulation. There were all types of engine configurations: V5, V4, straight-four, straight-three… There were even up to three different tire suppliers at the same time. But that diversity and that openness gave way to some huge inequalities. 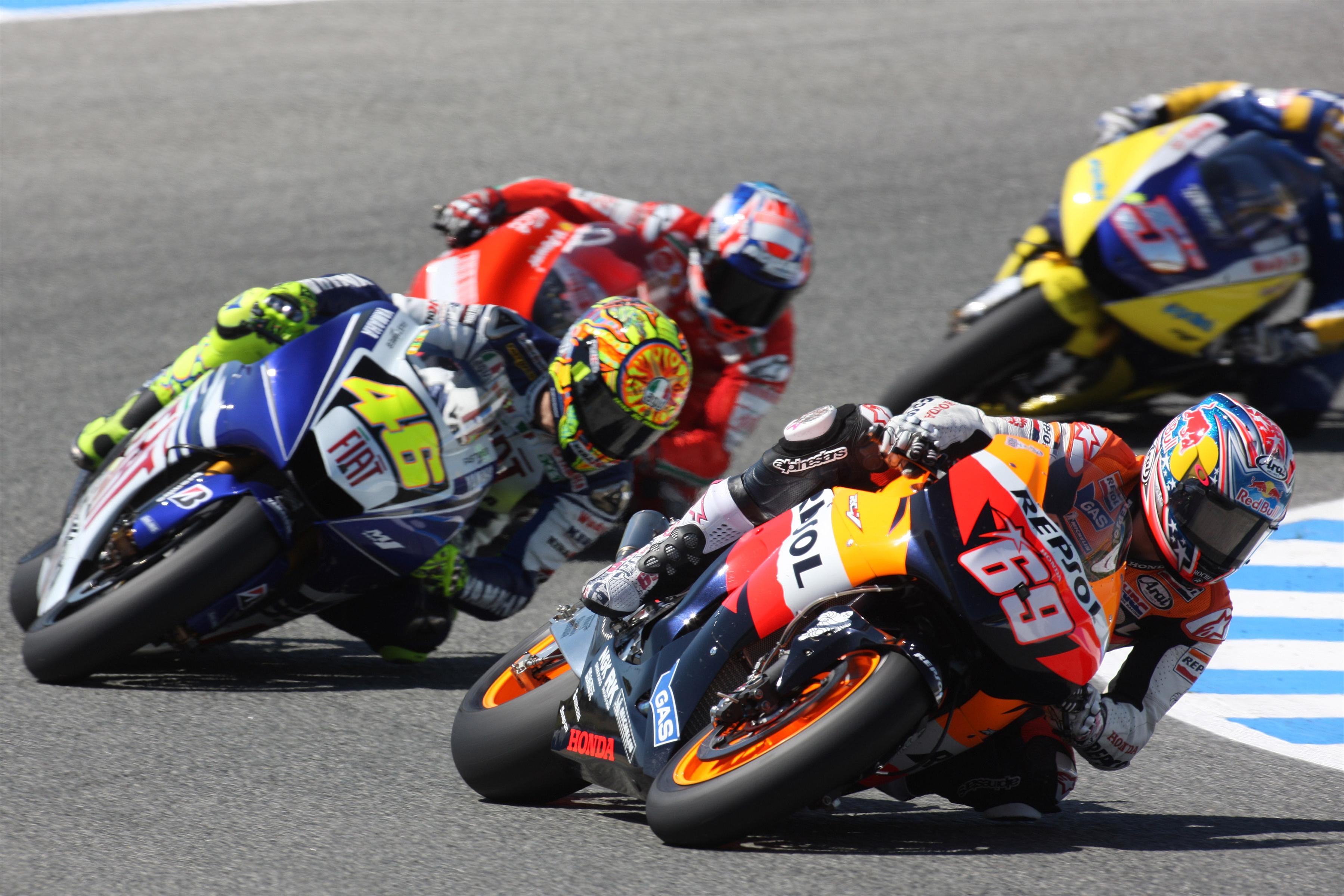 To start, not everyone had access to the same type of tires, not even riders that worked with the same supplier. Tailor-made tires were made based on the telemetry data collected on the first day of practice. That is what Michelin did for several seasons in the European races on certain occasions, working against the clock in its Clermont-Ferrand factory (France) to send out a new batch of special race tires for Valentino Rossi on Saturday night in a fast road service.

When in 2009 the sole supplier system was introduced, these differences between riders were eliminated, leveling race conditions and benefiting the spectacle. Little by little, lap and race time records were adjusted, and that increased the excitement on the track.

The next step was taken in 2015 with the introduction of the unified ECU. Electronics also made a huge difference, because they were very expensive to develop, and not all manufacturers were in a position to afford such an expense, nor did all MotoGP satellite teams have the sufficient economic potential to address the necessary upgrades required for these complex systems.

All of this has led us to some very equal and balanced competition conditions, with riders performing at an extraordinary level, which makes us have the most balanced championship in history, with hardly any differences between them. Races are no longer won by wide margins of seconds; now, the victory or podium finishes are decided by a few tenths or a few thousandths of a second. 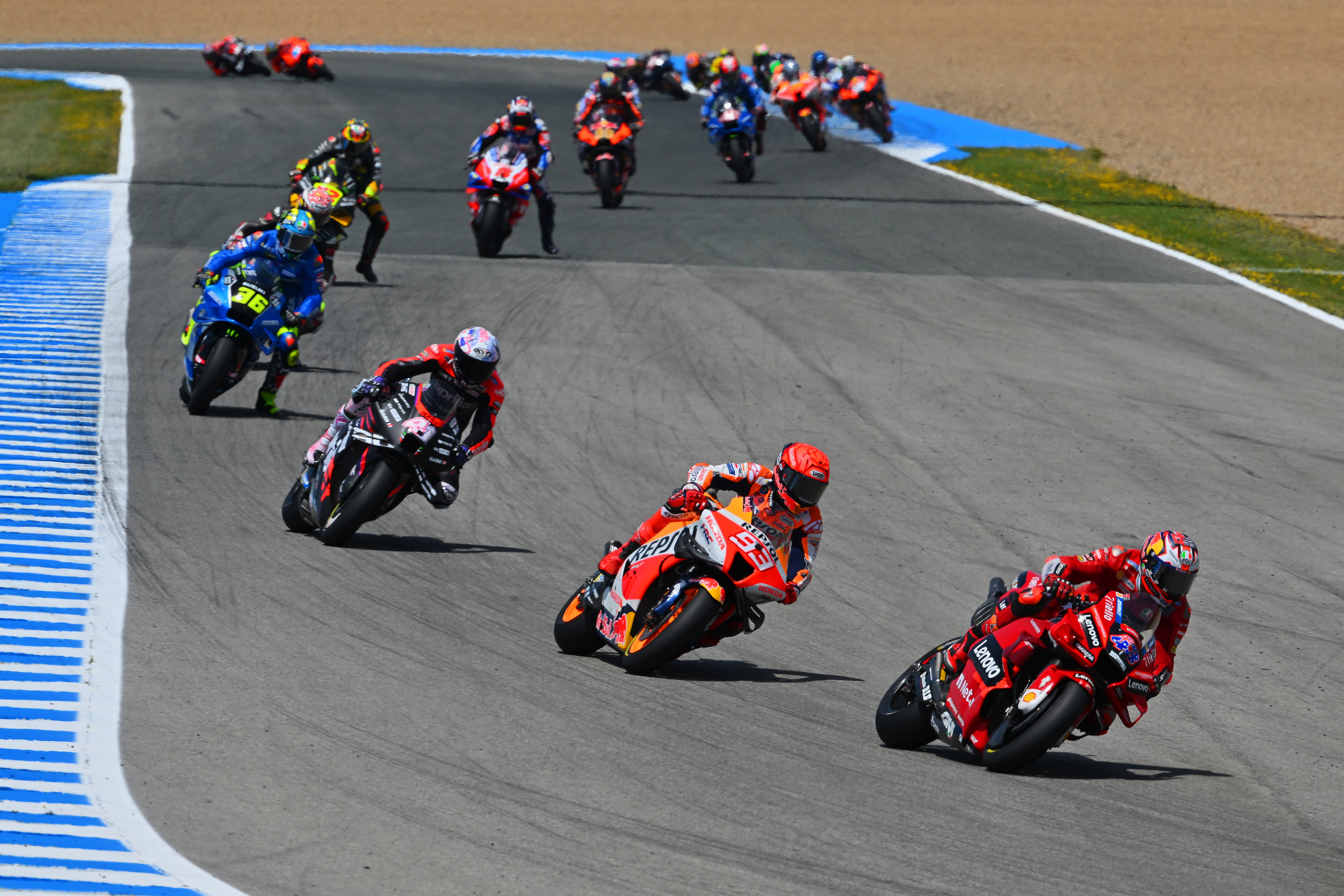 This season the situation has exacerbated to the point that it is more and more complex to overtake. Implementing new technologies, like massive use of aerodynamic elements, or systems that modify the height of the bike to gain acceleration efficiency, make overtaking more and more difficult. You now no longer depend only on the potential of your engine and your skills. You drive faster and brake in less time, and that makes it much more difficult to gain enough time and meters to carry out the overtaking maneuver safely.

A few weeks ago, the Grand Prix Commission, the body in charge of regulating the championship, made up of representatives from the International Motorcycling Federation, the championship promoter, the manufacturers association, and the teams’ association, decided to ban from 2023 the use of devices that modify the height of the bike in movement, the popularly known “holeshot”. From then, they may not be used in movement and will only be activated with their original purpose: to vary the height of the bikes at the start. However, no consideration has been given to the rear axle, whose use of a manual device to reduce the height of the bike is also usual. MotoGP Technical Director, Corrado Cecchinelli, will be responsible for determining what is considered as a front ride height device. 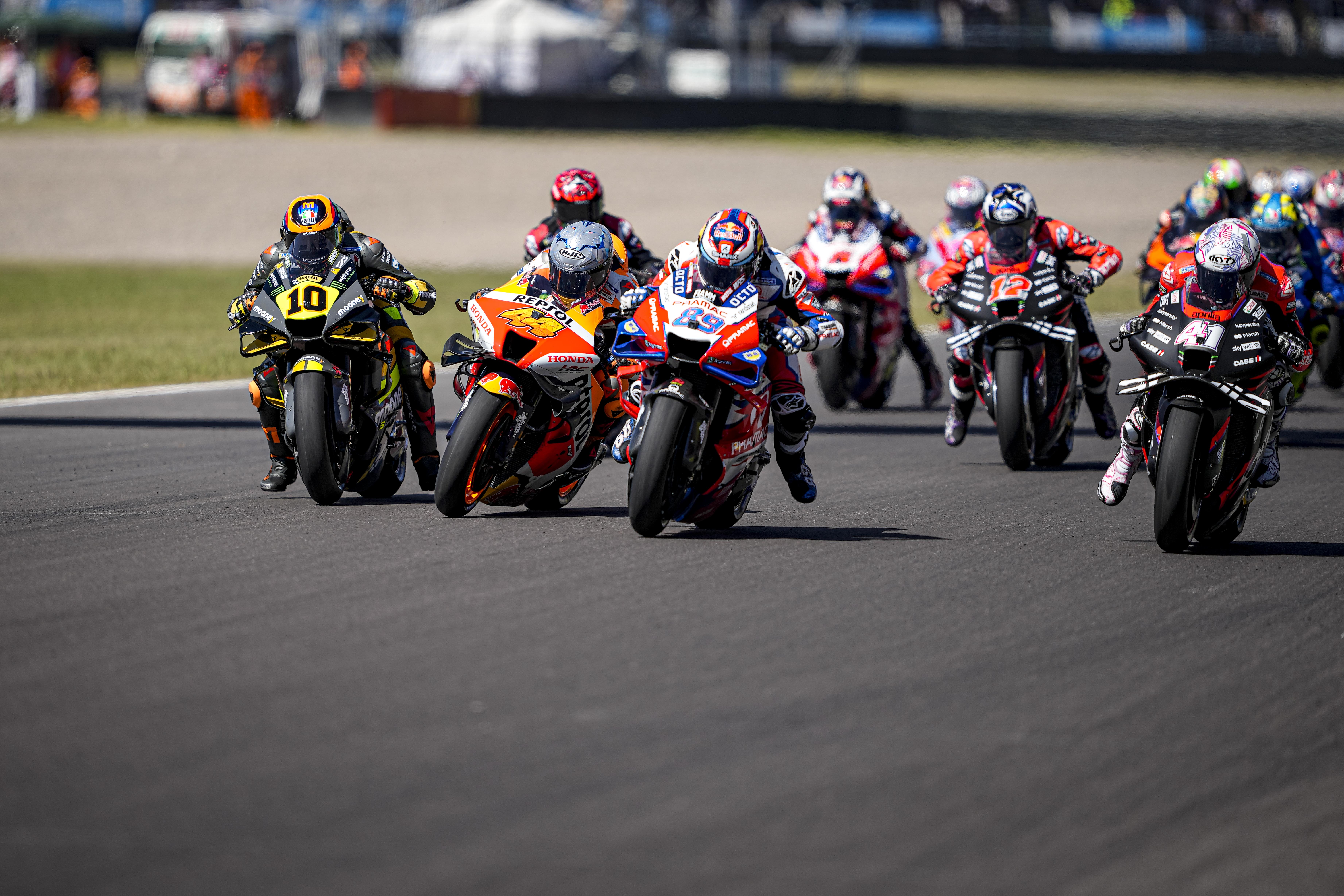 These measures try to return part of the combativeness lost by MotoGP. Furthermore, this technology has made the qualifying session vitally important, as a behind grid position will doom race aspirations. But, on the other hand, starting behind forces you to be combative in order to make up ground, and in many races we have witnessed spectacular comebacks that have added spice to the competition.

One detail that cannot be overlooked about this technology is its influence on the pilots' physical appearance. Muscle injuries in the forearms of riders are becoming more and more frequent, a common problem for most riders. Much of the responsibility for this discomfort lies with aerodynamics. Spoilers and other devices that apply a large load on the bike make the bikes physically tougher to ride.

The aerodynamic improvements introduced in the last few years in MotoGP aren't a contemporary invention. As they began to become commonplace with most manufacturers, Shuhei Nakamoto, vice-president of HRC and visible head of the Repsol Honda team, revealed that the Japanese manufacturer had already worked on similar designs thirty years earlier with 500cc bikes, and they had proved highly competitive. Nakamoto ensured that almost two seconds per lap were gained compared to conventional 500 bikes. Still, they were catastrophic for the rider’s arms as they could not continuously ride at that pace.

Now, although the new aerodynamics generate tremendous forces that continue to be very demanding for riders' physique, other technological elements such as some tire improvements, the seamless gearbox, control systems, and the adjustment of the bike height make riding more tolerable. But we must not forget that MotoGP is handling figures over 270 hp for 157 kilograms of weight, giving a power-to-weight ratio of 1.7 hp/kilo.

Another detail that may also explain a certain lack of combativeness in races is the extension of the championship. Riders must be able to perform over more than eight continuous months of competition, a very long time for top-level competition. The championship has become a test of consistency, and it is almost more important not to make mistakes or accumulate zeros or bad scores than the scarce advantage that a win gives over second or third place. That's why riders are somewhat more conservative, because a bad result is sometimes tough to come back from, and the MotoGP points system grants a slight advantage for winning a race. 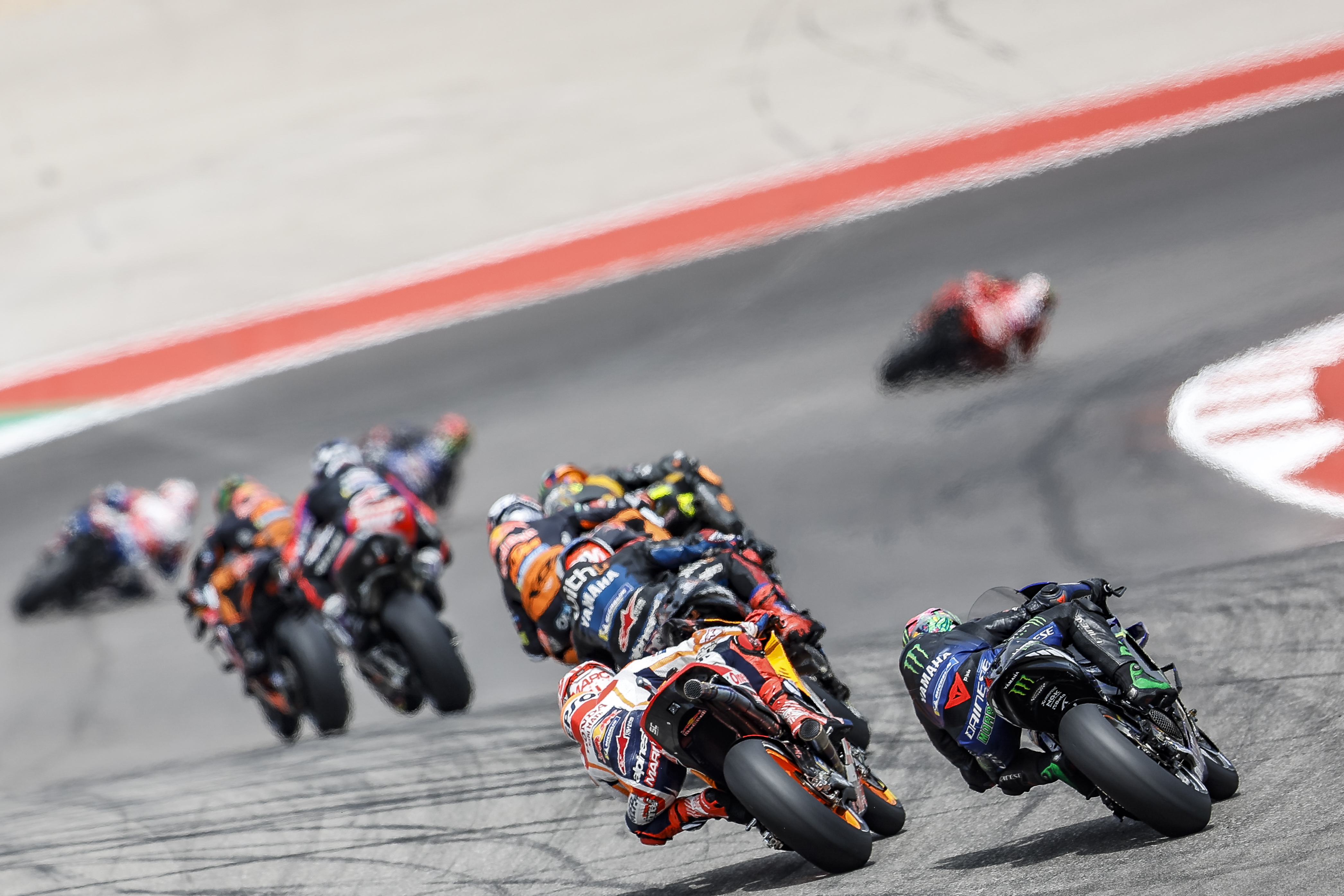 With this approach, it is easy to understand why we miss Marc Márquez; ambitious and non-conformist, he has always distinguished himself by his continuous fight for victory, trying until the last turn when he has the chance. With him in an optimal state of form, combativeness and the spectacle are guaranteed.