Hello again! This is my second blog on Box Repsol and this time I am going to tell you about something that is less well known, but that is part of me and of my roots and, because of this, has made me what I am. And it all started with Alex Barros, the former MotoGP rider from Brazil who became my idol and my role model.

I don't remember much from when I was a child, but I do remember that, when we were not training, I used to watch all the MotoGP races at home with my father and brother. And one of the memories I have is seeing Alex in the Sito Pons team, on a yellow bike. At that time he was going quite fast, struggling to win races, but the problem was that he used to fall a lot, a real lot, just like me. In fact, whenever I fell, I remember seeing my father and brother saying, "Look at that. He’s fallen off again.”. Like Alex, I had the feeling of being noticed and I started to like it when I was little. 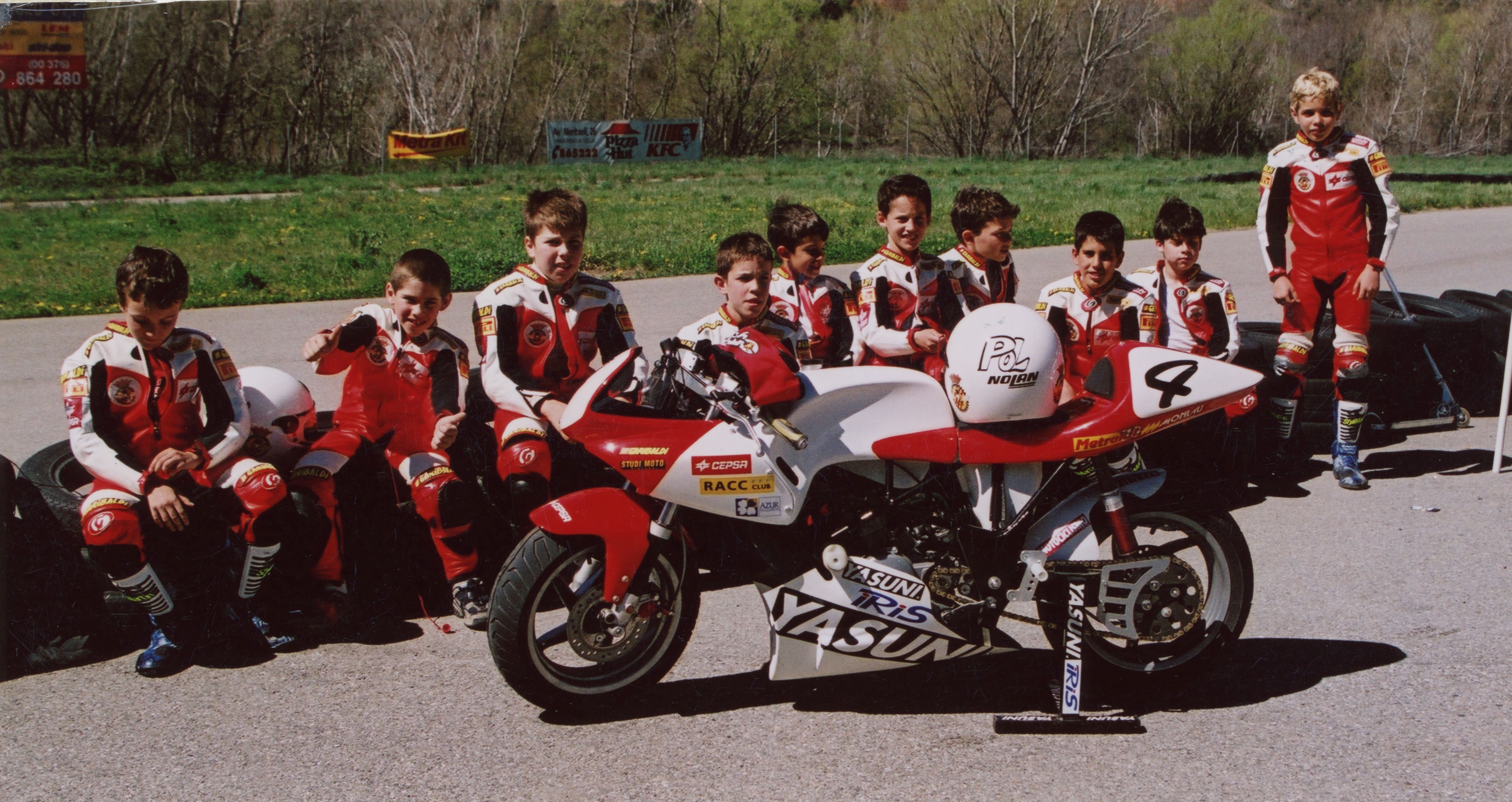 Maybe it was because of that connection that I decided to create my identity around the number 4, the number he wore. I remember that I wanted to have that same number when I started, but as it was already taken, I ended up choosing 44.

And, in fact, for me now, 44 means how I started out, always believing in something or someone that you like, remaining faithful to your ideals, whether things go well or not. There are a lot of riders who change their helmet when things go badly, because they think that it’s bringing them bad luck. Me, on the other hand, I’m very stubborn about this, and I want to remain faithful to my roots; I have always worn it and I have always liked it. 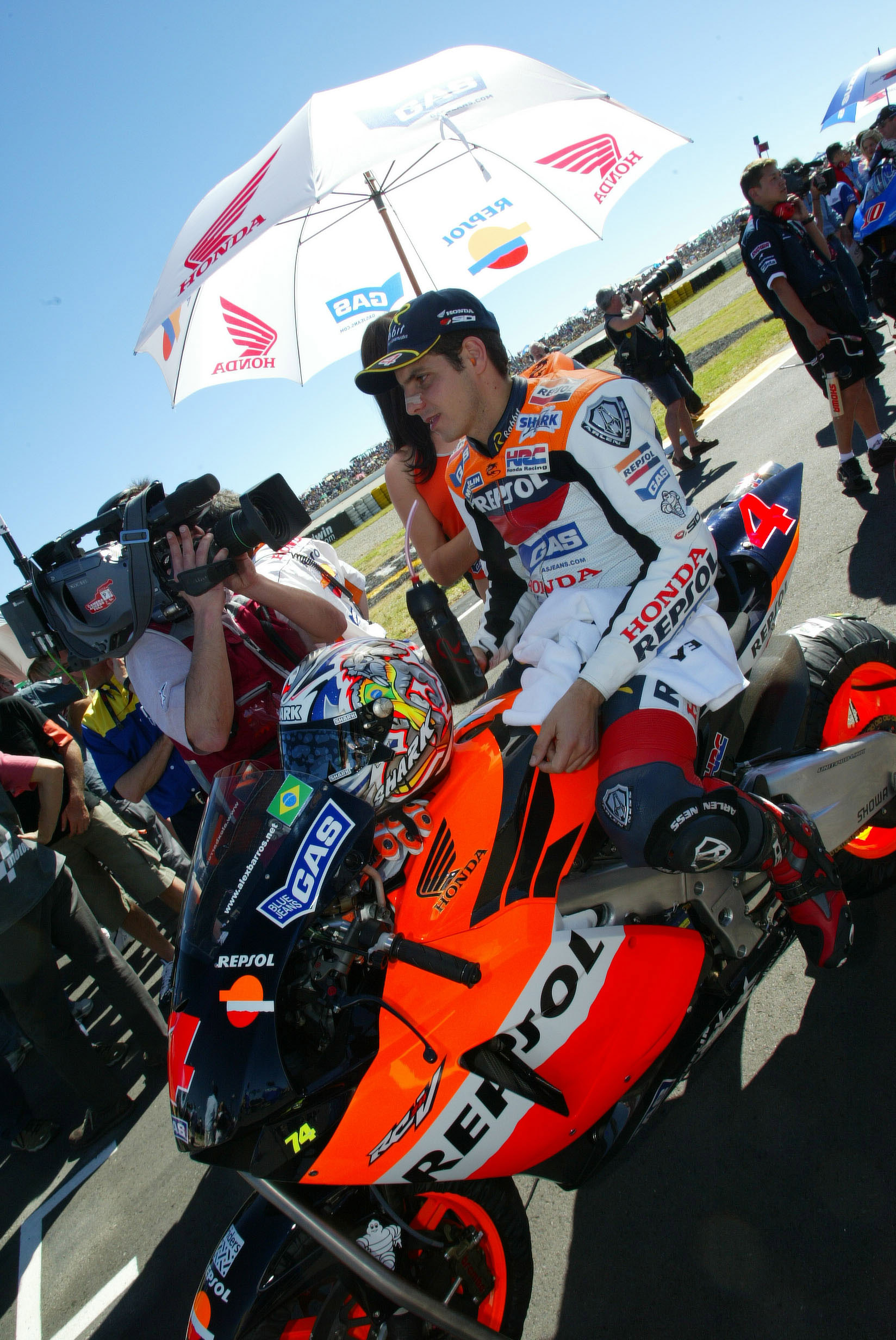 Luckily, I had the opportunity to meet Alex Barros at the Circuit de Barcelona-Catalunya when I was competing in the Catalonia Championship and he was in the MotoGP World Championship, which was also taking place that weekend at the Circuit. He was really friendly to me and even invited me into his motor home! That was something I value much more now, as it was a very kind gesture.

The most curious thing is that I don’t remember any specific race of Alex's, nor that he had a very unusual style of riding that could attract me, but he was one of the ‘old school’ riders, very well placed on the bike, like Kevin Schwantz.

And, as he was my idol, it will also seem strange that I don’t have one of his helmets, or a glove, or even an autograph... The truth is that I am not one of those people who likes material things: I remember the moments spent with him, like the year when I was struggling to win the World Championship. 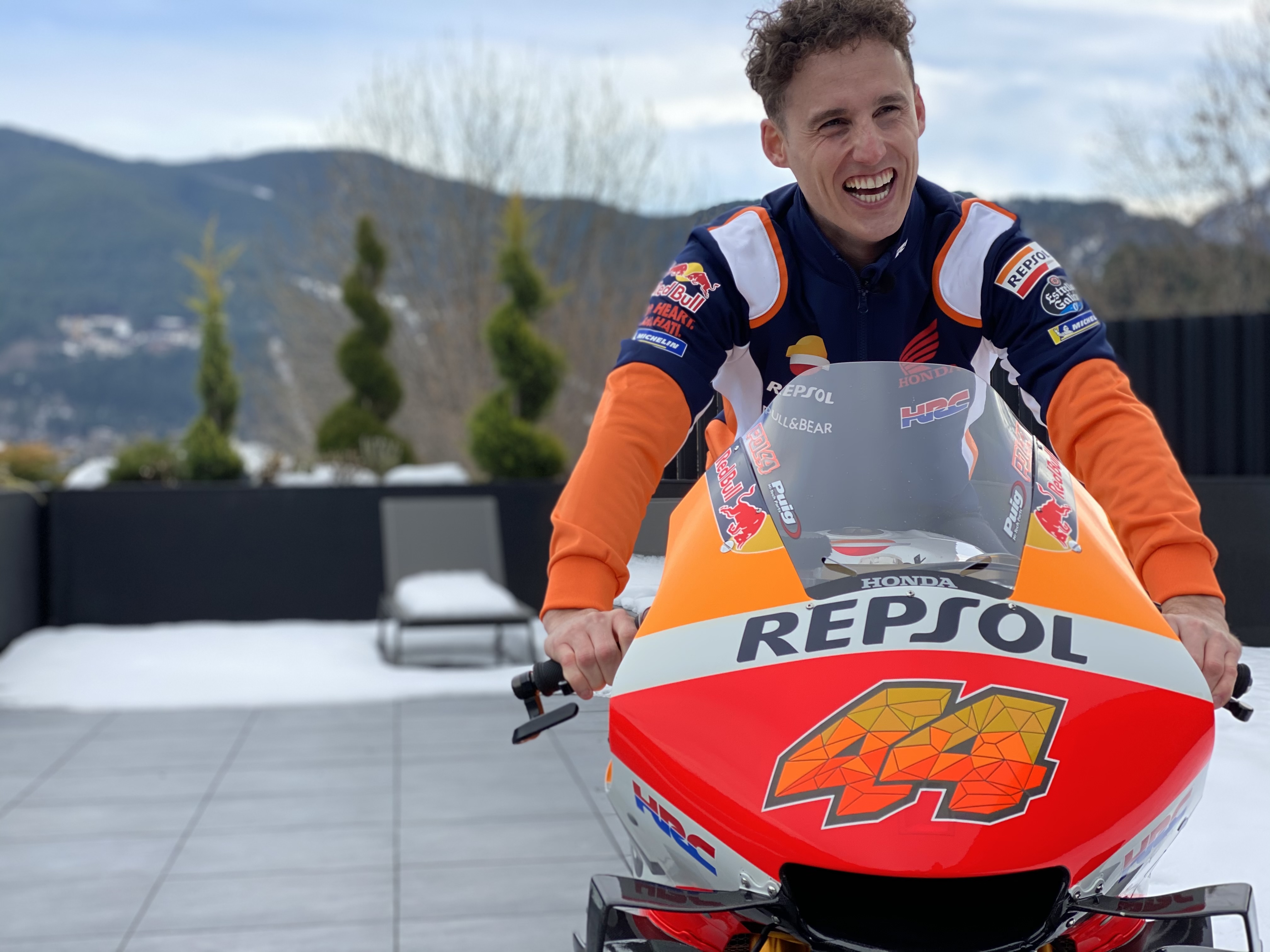 If I remember correctly, it was at Sachsenring and I was in the box, talking to my technician halfway through. My helmet was very dirty and they had just finished the tear off and I said to some mechanic, "Please, bring me something to clean my helmet”. And suddenly, someone started to clean the visor, something I like to do myself. Then I saw it was Alex and I was a bit in shock.

But later on we got to know each other better, and the truth is that we now have a very good relationship. Some day I would like to be the same inspiration that Alex was for me, as a rider and as a person.

A big hug and many thanks for your support! See you around.