The FIM Moto3™Junior World Championship arrives as the tightest class of the championship. Jeremy Alcoba is in the lead with an advantage of 18 points over Barry Baltus and 24 over Xavier Artigas.

Edgar Pons will try to strengthen his lead in the Moto2 overall standings after winning four of the last five races. The Spaniard has 146 points, 45 more than the second placed.

The European Talent Cup (ETC) arrives in Jerez with the first ‘match ball’ for Izan Guevara. At the Andalusian track, 50 points of the 100 still up for grabs will be awarded and the Spanish rider has 58 points of advantage in the overall standings.

The sixth round of the FIM CEV Repsol at the Jerez-Ángel Nieto circuit will take place next Sunday from 11:00 am local time. Moto3 and ETC will have 2 races at the Spanish track, while Moto2 will only have one.

The FIM CEV Repsol, stepping stone to the Motorcycling World Championship, is also an opportunity for the women that want to work professionally in the two-wheel sector. Female riders, press officers, telemetry engineers or mechanics are some of the professionals that are trying to set their path in this competition. 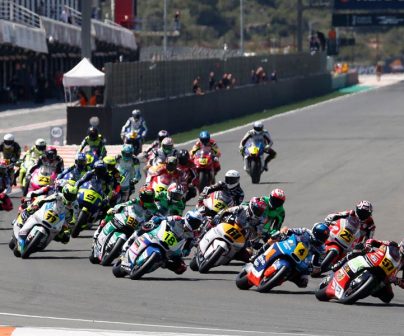