Since 2013, coinciding with Repsol’s change in branding, we have seen a significant change in the style of our motorcycles. 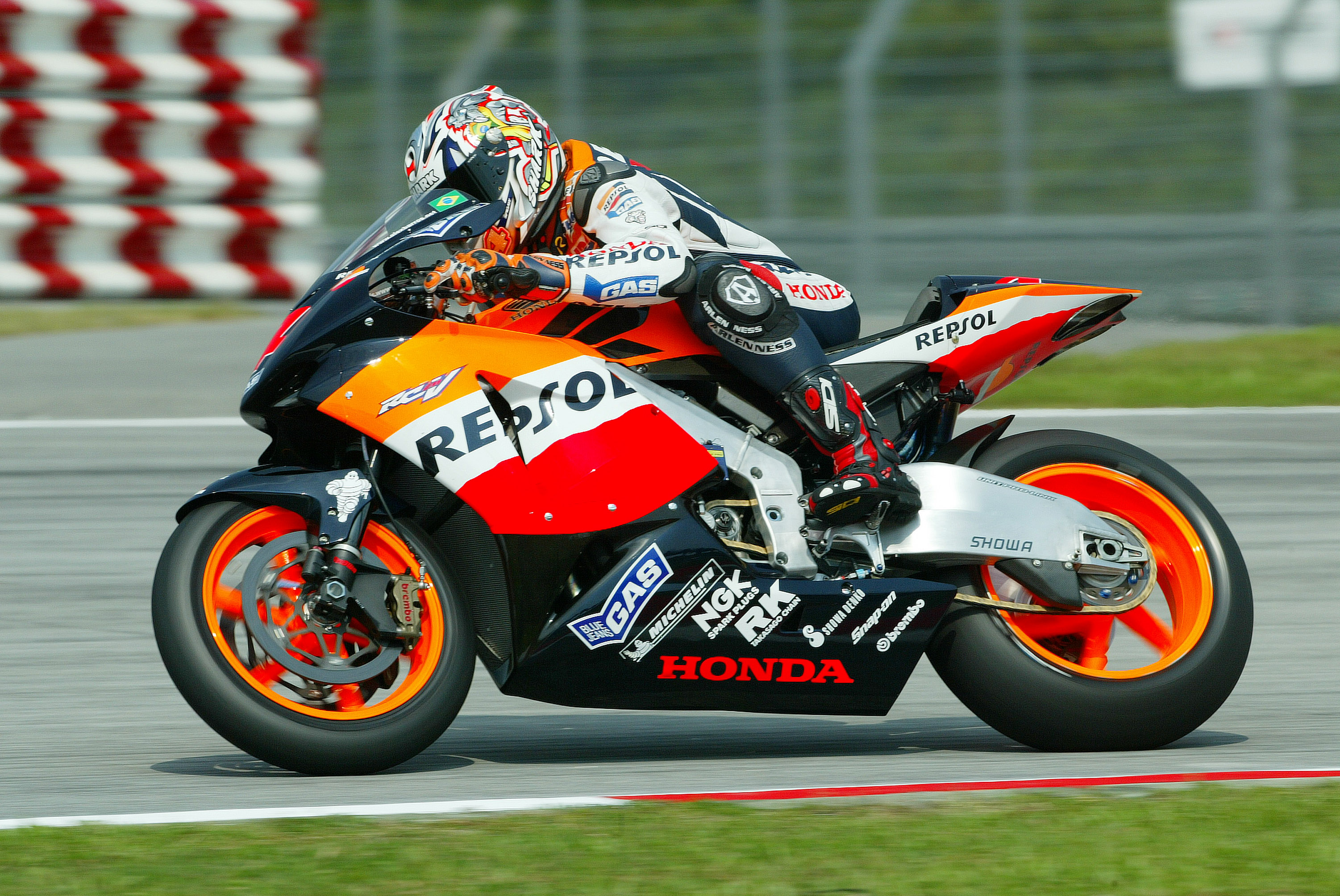 Repsol’s first top class motorcycle design is the one we see here. This bike carried such classic figures as the World Champions Àlex Crivillé and Mick Doohan to victory. A simple red and orange oval on a petrol blue background. The front and back are white and the pilot’s number is displayed on them. 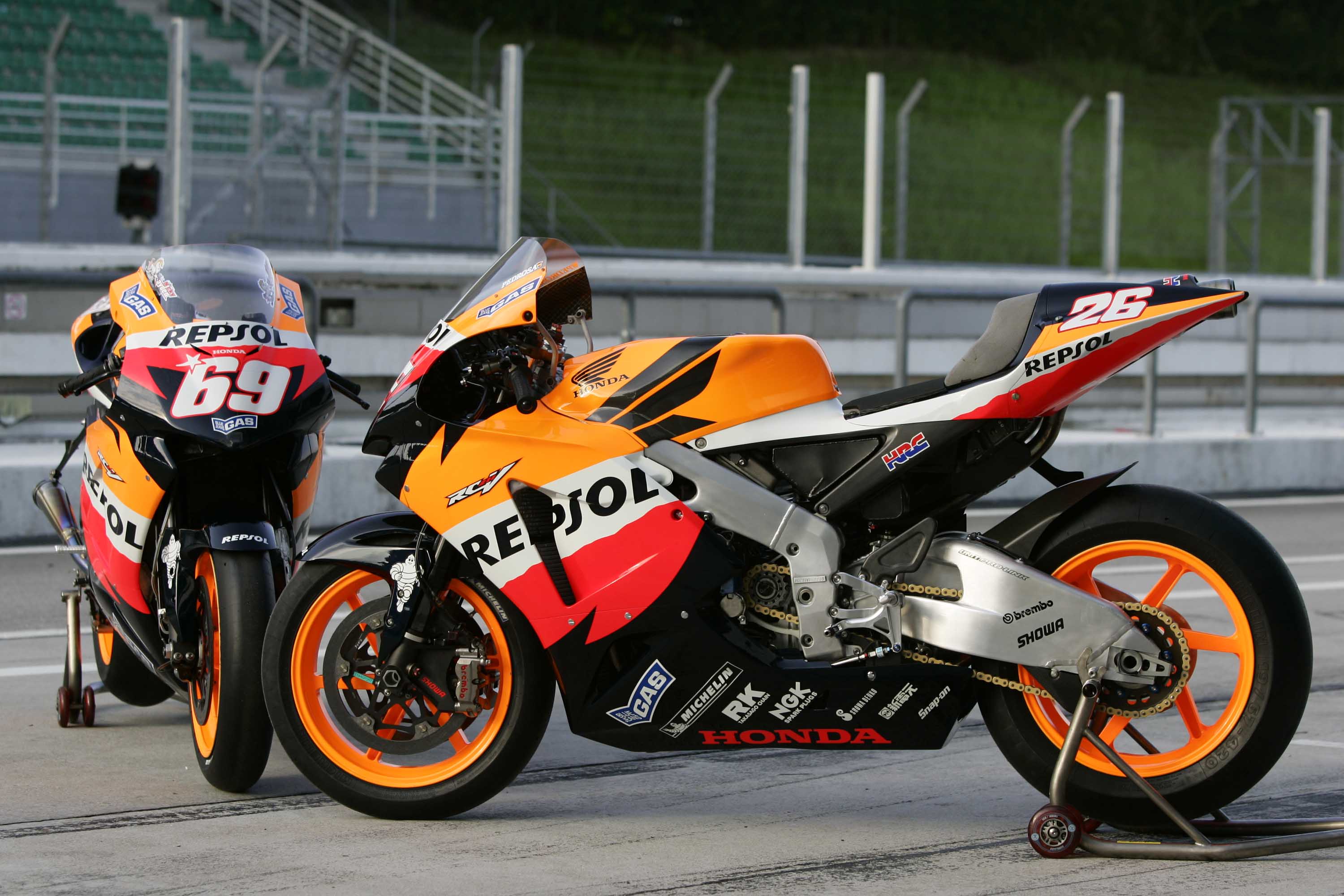 This model, which we saw during the greater part of the century and on which Nicky Hayden and Casey Stoner each won titles for Repsol Honda, is characterised by its dark colours. It’s an especially sharp motorcycle that looks much more state-of-the-art thanks to that intense, blue-black colour. The vivid Repsol tones shine like bright neon lights and the Honda wing is elegant and distinguished on its side. This and other very similar designs were with us until 2012. 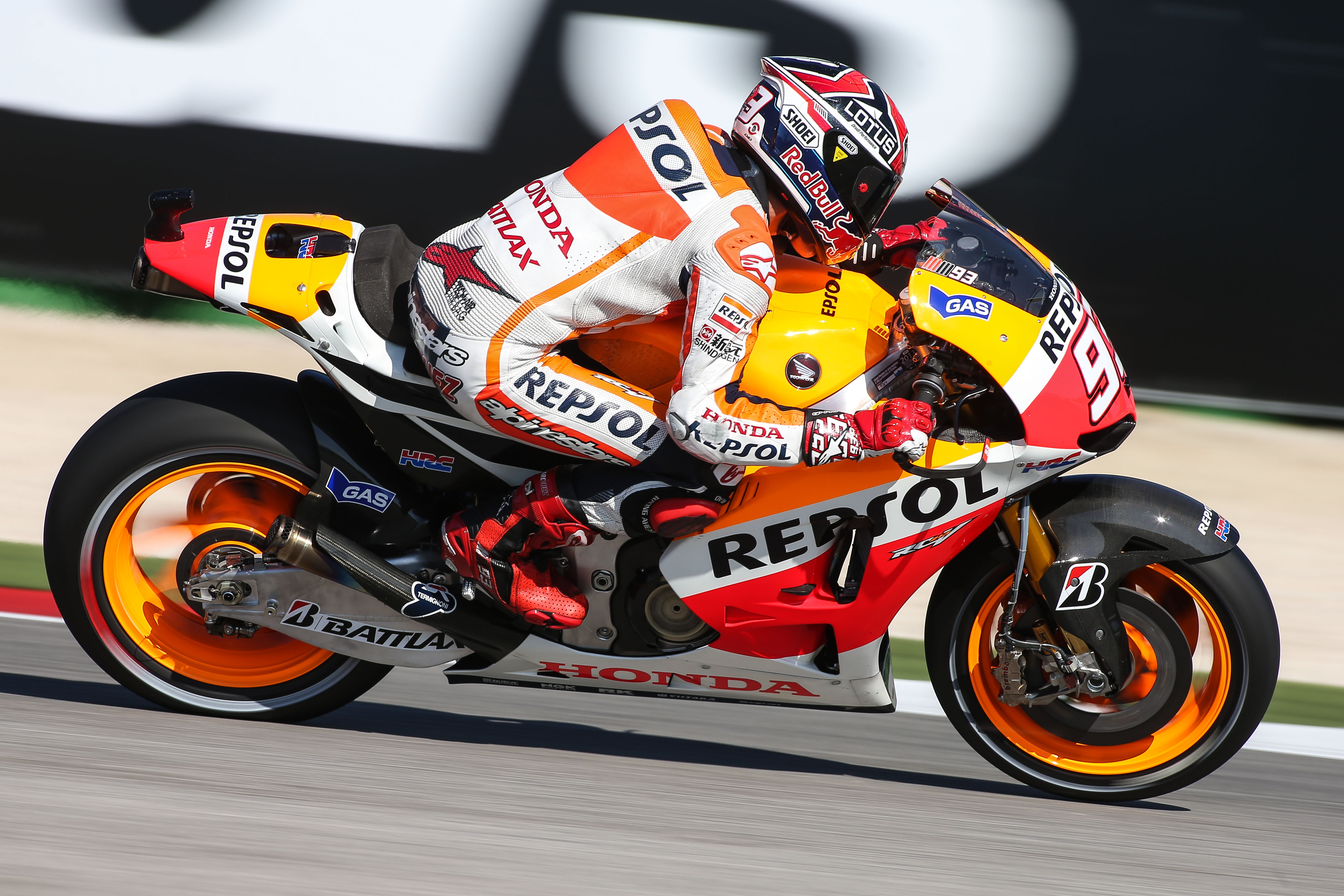 Since 2013, coinciding with Repsol’s change in branding, we have seen a significant change in the style of our motorcycles. The blue-black gave way to lighter motifs with more white areas on the chassis. The Honda wing was moved further back to just below the seat. The windscreen, with the three predominant colours: red, orange, and white, shows the pilot's number. Another of the fundamental changes was the inclination of the fairing on which the Repsol logo is located. 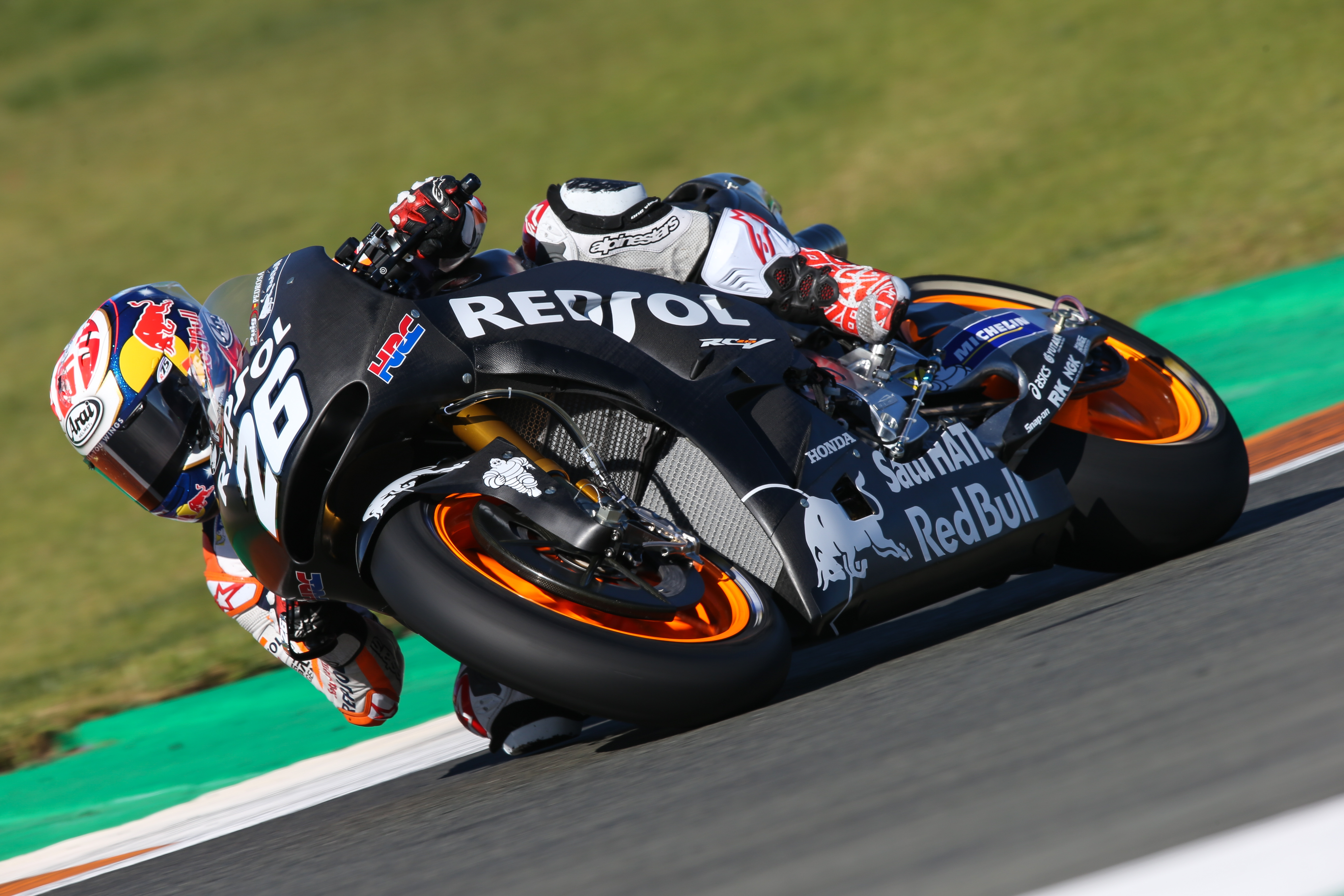 During the first pre-season tests, the Honda RC213V displayed these dark colours, befitting of James Bond’s suit. This is because many different fairings are able to be tested and, for efficiency reasons, it is preferable to wait until we have a more definitive model before painting it. However, one cannot deny the simplicity of the black has singular charm. 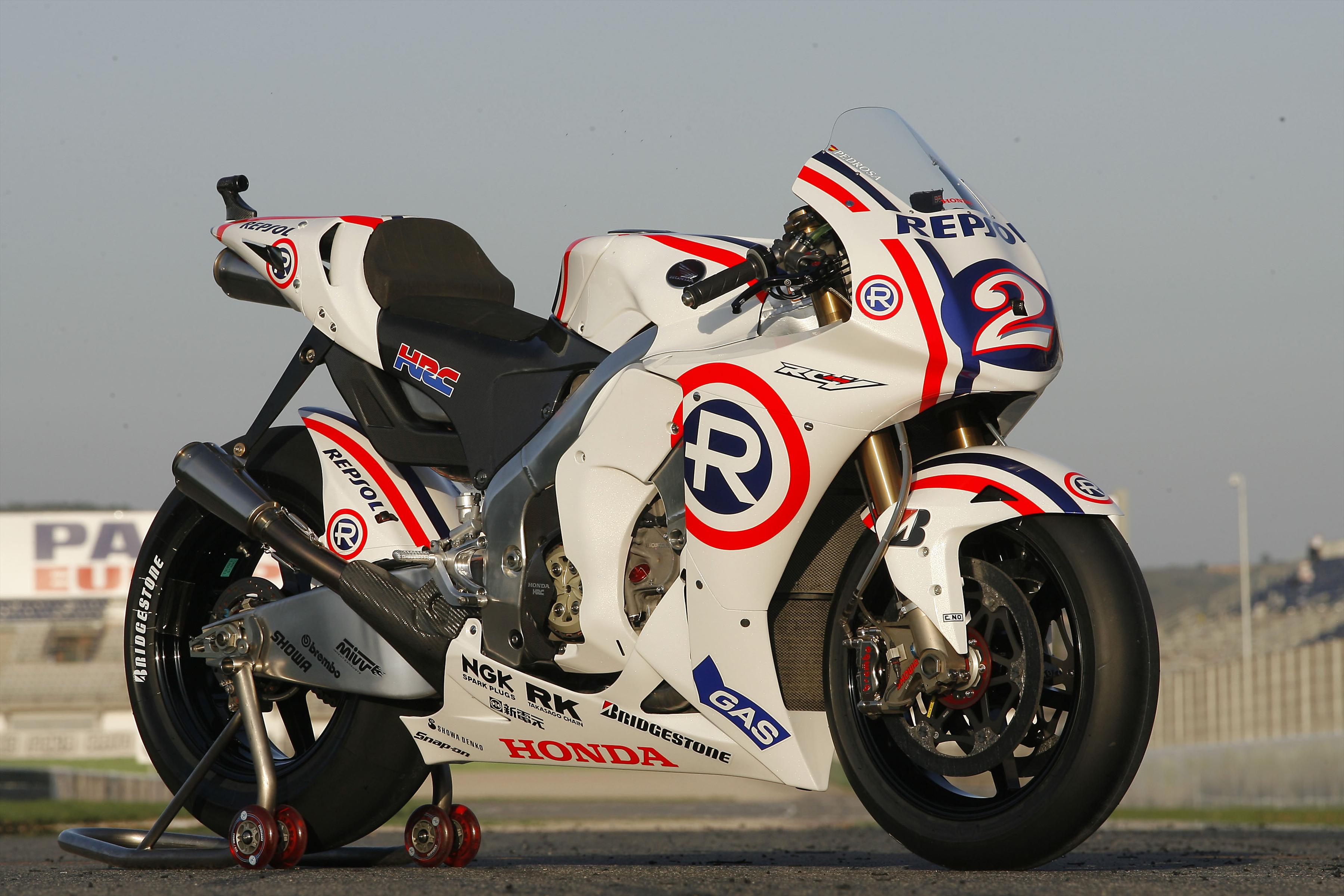 We were able to see this unique model in the Valencia GP in 2008. It is a commemorative design for Repsol’s 40th  anniversary in the World Motorcycling Championship. The first detail which calls our attention is the “R,” which used to be the logo of Repesa and was the first that Repsol used in competition. The combination is completed with the Honda colours: blue and red. The entire body in white gives it a very sporty contrast that makes it one of our favourite designs.