I’m very happy because it was a very difficult race. I was looking at my board and I saw it said 2.5 seconds…

Barry Baltus and Julián Giral took a win each in the two races of the European Talent Cup.

Both riders led most of the race alone. The second race ended with a red flag, due to an incident just three laps before the end.

In Moto2, Ivo Lopes and Jesko Raffin took the victory in the first and second race, respectively.

The win of the Portuguese rider is a unique feat in the history of the category, as it is the first time ever that a SuperStock 600cc wins a race of the Moto2 European Championship.

Manuel Pagliani, won the only race of the Moto3 category. The crashes and constant changes in the lead between the many riders in the leading group were the main feature in this race. The first round of the FIM CEV Repsol was marked by the complicated weather conditions: rain and high wind.

After the five races held in Estoril, Pagliani, in Moto3, Raffin, in Moto2, and Giral, in the European Talent Cup, lead their respective overall standings. The next round of the FIM CEV Repsol will take place on April 29th at the Circuit de la Comunitat Valenciana 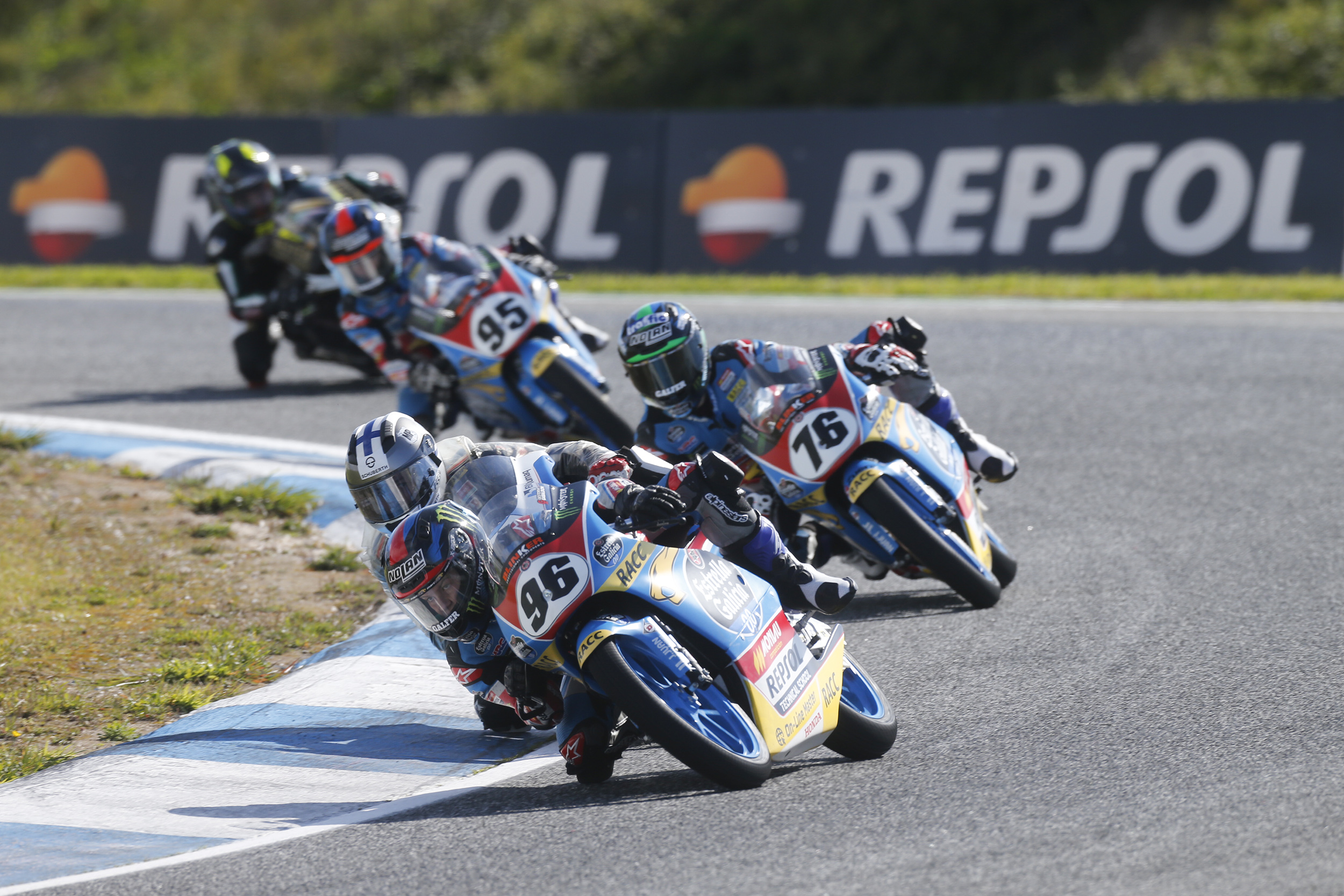 “I’m very happy with the race I did. We worked a lot together with the team and the bike was very fast. I tried to be calmed and, in the end, I was able to pass Raúl Fernández and take the lead. I’m happy, but also very sad because yesterday my team mate Aarón Polanco crashed and broke his arm.”

“It was a very good race, because it’s the first time a SuperStock 600 wins a FIM CEV Repsol race. We’re very happy with the work we did during the whole weekend. I’d like to thank my team.”

“I’m very happy. In the first race, the track wasn’t completely dry but not wet either, so it was risky. In the end, I was able to finish third and gather some points. In the second race, with perfect conditions, I had a good pace from the beginning. I had pace to be first, so I took the lead and kept it until the end. I want to thank the team, which did a magnificent job and also to all the people around me, because it wouldn’t have been possible without them.”

“I’m very happy because it was a very difficult race. I was looking at my board and I saw it said 2.5 seconds… I pushed in some laps and managed my pace in others. But I’m very happy because I only did two races and being my second race at the European Talent Cup, I’m really happy with the result.”

“It was an incredible race because I didn’t expect this performance. At the beginning I saw I had a good pace and I started to push and the result was very good. We need to keep working because it was a very positive weekend, but also chaotic because in the last few days there were a lot of crashes due to the rain and wind, but in the end, we were able to finish without problem and leave as leaders of the championship.”